The hardest description for me to write about is sense of smell. . .because I don’t have one! There’s an actual name for this: Anosmia. Just as some people are without sight or hearing, approximately two million people are without the ability to smell, although I haven’t met a fellow non-smeller personally. I’m not sure whether I was born this way or if it was due to head injuries as a child, all I know is that it was gone by the time I was four years old and my friends were passing around scratch n sniff stickers! I failed my kinderg 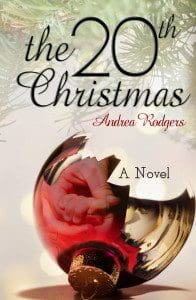 arten smelling test, but no one took it seriously. They thought I was telling stories. Most people considered me lucky because the only time I heard about anything smelling was if it stunk. I can be in an area with a skunk and not bat an eye.

I signed my first book contract on what would have been my paternal grandmother’s 100th birthday. I feel like it was her way 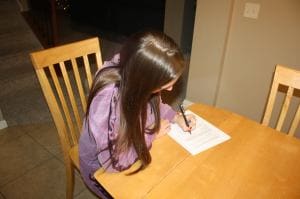 of letting me know that she was aware of my dream coming true. She used to give me a notebook and pen when I visited her, and then I’d sneak away to write. She always asked to read my stories which meant a lot. My grandma loved to read and I wish she could have read The 20th Christmas, especially since several years in a row I bought her a holiday-themed book as her Christmas present. But, I’m so thankful she lived ninety-seven-and-a-half years; she had the best case scenario for life—she was healthy right until the very end and still sharp, always beating everyone at the game of Rummikub.

Most people on both sides of my family hate to write, although it’s likely that I inherited the writing gene from my maternal side. My grandma’s brother wanted to be an author but had to go to war and work to pay the bills—however, he was briefly a writer for the Kansas City Star Newspaper. His grandmother was the first in our family to come to the United States from Naples, Italy. Her father died when she was young, and when she was sixteen her mother married a man with two teenage sons so she was sent as steerage on a ship to a convent in New York. Supposedly, she had a great passion for storytelling—it was what got her through depression as she didn’t have an easy life. Despite the nuns at the convent introducing her to their gardener whom she married, moved to Kansas City, and had three children with (+three who didn’t survive past infancy), he turned out to be an alcoholic and she was a widow before the age of thirty. She was a strong, independent, successful woman ahead o 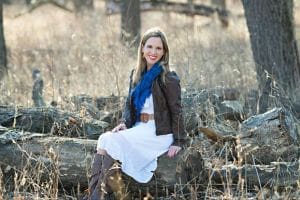 f the times, though. She opened a produce store, candy shop, and had an apartment complex built for her family to live and rent out—and lived to be almost 100 years old. It’s a fascinating story and I would love to use it as inspiration for a novel someday. I feel a connection to these two ancestors—like, I’m not only pursuing my dream for myself but for them because they wanted to be published and weren’t able due to their circumstances.

I’ve improved on my titles since my childhood stories. I recently came across a box of my first work and I laughed my way through reading them. Some are as follows: Doritos Don’t Care, Where The Cornfield Is Alive, Potato Chip Sundaes, and The Truth About Dillyanna (I made up the name Dillyanna when I was in fifth grade and thought it was the coolest name ever. I’m sure my daughter is very glad I didn’t stick with it and name her that)!

I love music. My artistic/creative energy has always gone toward writing, but I still appreciate all of the other arts. If I had any singing ability, I would have gone that direction. Music really helps me get into the zone of writing if I’m stuck. Many of my stories are inspired by songs that I hear, such as “Breath of Heaven” which is the theme song for The 20th Christmas!