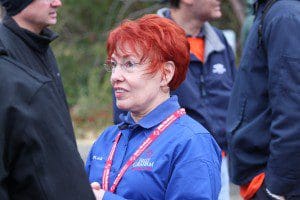 It’s been a month since the horrible shooting at Sandy Hook Elementary in Newtown, Connecticut. Ambassador author Pat Geyer, who wrote “Chaplains of the Bible” along with her husband Richard, spent days and weeks in Newtown counseling the families impacted by the shooting. She shares her thoughts about the experience in today’s guest blog post:

It has been an extraordinarily difficult several months for the people of the Northeastern United States.  Along with many other Billy Graham Rapid Response Team (RRT) chaplains, I responded to help those devastated by the record-setting Superstorm Sandy.  A few weeks later, RRT chaplains were called to Newtown, Connecticut, site of the tragic school shooting at Sandy Hook Elementary School. There, we ministered to family members who had lost children, and families with children who survived but were traumatized. We saw deep sorrow, shock, loss, confusion, even hopelessness.  The chaplains – through prayer and compassionate understanding – were able to bring comfort and a source of hope to those who were grieving.  We ministered to first responders, many of whom were struggling, and also others from the community; even people from across the U.S. and other countries who had come to grieve the loss of innocent lives.  They needed the comfort that only the love of Jesus can bring.

I have a saying, “Rise up, and lean on Jesus so others can lean in on you.”  We are the hands and feet of Jesus for those in 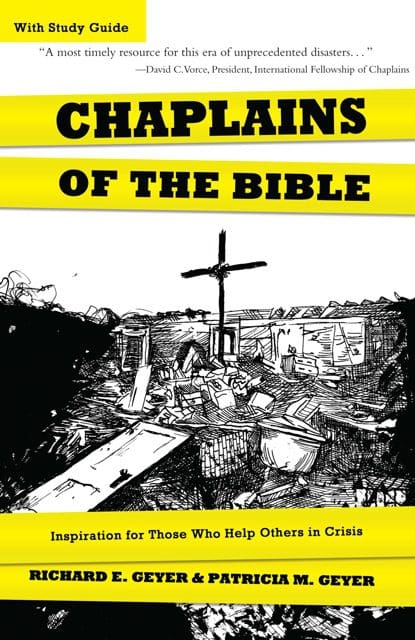 Chaplains of the Bible by Patricia and Richard Geyer

crisis.  The book that my husband Dick and I wrote, “Chaplains of the Bible,” elaborates on this principle.  It gives time-tested examples of men and women in the Scriptures who for the most part were ordinary people who helped people in need.  The 13 chaplain role models featured in the book (especially Jesus) are becoming more relevant and real to me as I continue to be deployed with RRT.  I am helping my neighbors in their great time of crisis and need through the power of the ministry of presence, effective prayer, compassionate love, and many other Biblical traits that other RRT chaplains and I lived out as we ministered in these tragedies.

The urgency of the days we live in calls all of us, whether chaplains or not, to be prepared to help others in their time of crisis.  Through our book and through many other resources that are available to each of us, anyone with a heart for the hurting in our midst can find inspiration to help those in pain.