Hope Offered for Those Struggling with Same-Sex Attractions

For immediate release: Alan Medinger’s life was a wreck: his marriage and career were crumbling. He could no longer control his homosexual thoughts and tendencies. But in the middle of a church service on a November evening he surrendered his homosexuality to Jesus Christ and was miraculously healed of the sexual pull towards men he’d struggled with for 25 years. Medinger went on to become the founder and Director of Exodus North America under Exodus International, an organization for ex-gay Christians. In By God’s Design: Overcoming Same Sex Attractions: A True Story (Ambassador International; April 2015; $15.99, paperback) Judith Hartzell recounts the striking journey of Alan and Willa Medinger to give hope to those struggling with same sex attraction and shed light on how the church can help with healing. 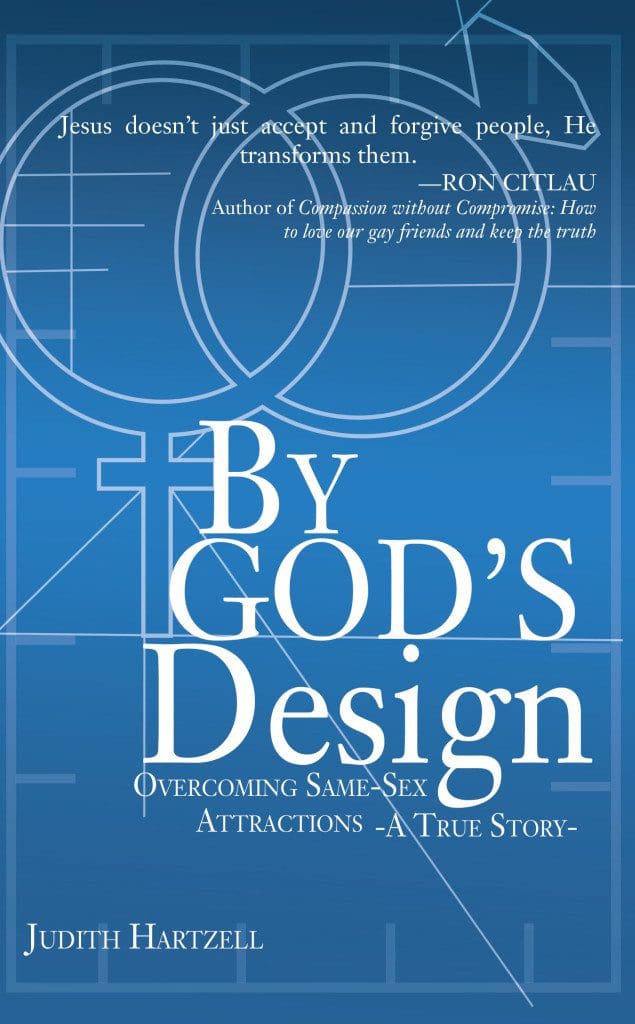 By God’s Design strives to clarify some of the confusion that surfaces when we are at odds with this issue through the exceptional experiences of Alan Medigner. Hartzell describes how Alan’s history with SSA impacted his and Willa’s ability to raise a family, exacerbated their own insecurities in themselves, and even led to financial struggles after losing a well-paying and respectful job. Through the Medingers’ story we can find the strength to address our own fears and uncertainties about SSA.

Hartzell depicts the Medingers’ story as one of redemption and restoration which ultimately allows hope to flourish. Alan Medinger says, “We had the most hopeless marriage, and God has redeemed it. He has given us deeper love.” The Medingers’ relationship sets an example of how the church can respond healthily and helpfully to those struggling to overcome SSA.

By God’s Design includes numerous accounts of the trials, victories, and changes made in the lives of practicing homosexuals and those who struggled with same sex attraction that the Medingers met through their ministries with Regeneration and Exodus International. One story includes Gene Chase, a former professor at Messiah University, who went on to found his own organization to help other men and women who struggle with SSA in Pennsylvania. Hartzell’s book offers insight into how to approach this topic with respect.

About the Author: For twenty years Judith Hartzell studied Christians’ experiences overcoming same-sex attractions, and for a decade she served on an ex-gay ministry board of directors, all of which resulted in this book, the life-story of Alan Medinger and his wife, Willa. Judith earned a B.A. from Cornell University and an M.A. from the University of Michigan and published two biographies of Mayo Clinic’s founding family. The mother of three grown children, she lives in South Carolina with her husband, Tom, and their dog, Fergus.