Home » Books » Coming Attractions: Previews of the Kingdom of God 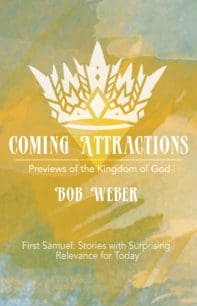 Coming Attractions: Previews of the Kingdom of God

In short, Coming Attractions reveals the Kingdom of God in its foundational stage. The lives and experiences narrated by the author demonstrate how God interacted with the people He chose to represent His ways.
As the narrative of 1 Samuel proceeds through the episodes about Hannah, Saul, David, and others, God wants us to learn something new or affirm something old. In fact what the reader learns are the same principles that a contemporary person of faith needs to learn when encountering the God of Samuel and David. The contemporary relevance of these ancient stories is what makes the entire narrative so intriguing.
The trials and victories that the individuals faced revealed much about the God they served, opened up new ways of life, moved Israel closer to her destiny, and provided the foundation for kingdom living fully revealed in Christ. In 1 Samuel as each character experienced more of God’s ways, every encounter revealed new aspects of salvation history, and as the episodes unfolded, God was previewing the Kingdom established by Jesus Christ.

Bob Weber has served as the pulpit minister for Churches of Christ in Massachusetts and New Jersey, where he presently works, for thirty-eight years. In addition to preaching and teaching, Bob has worked at teen summer camps, written Bible school material, and published book reviews in The Restoration Quarterly and The Stone-Campbell Journal. He has a BA in English from Missouri State University, an MAR with Old Testament emphasis from Harding School of Theology, and an MA in Professional Writing from New England College.
Bob has been married to Janet Weber for forty years, and they have two sons and three grandsons. He was born and raised in Baltimore, MD, served three years in the US Army, and has lived in Pennsylvania, Tennessee, Massachusetts, and New Jersey. 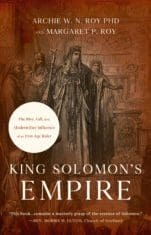 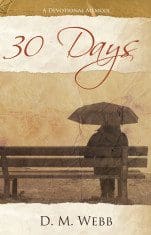 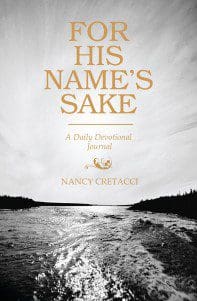