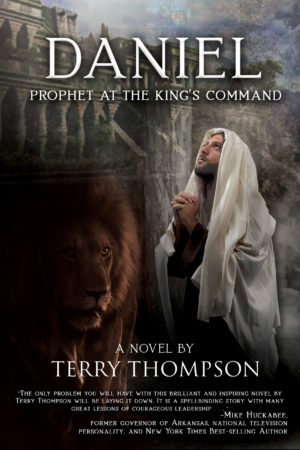 Daniel: Prophet at the King’s Command

The only problem you will have with this brilliant and inspiring novel by Terry Thompson will be laying it down. It is a spellbinding story with many great lessons of courageous leadership. Its contemporary resolution of the mysteries of the end-times will give you chills. Every few years, a particular Bible-based novel commands the attention of the Christian world. This is it for this decade.

Daniel was just a teenager when he was taken captive by the Babylonians, never to see his family again.

As Daniel and his friends strive to make the best of their unusual circumstances-slaves in the king’s-court they also fight to honor their vows to the one true God amidst a people who worship only false gods. During his lifetime, Daniel saw the fulfillment of God’s promises, prophesied of the Israelites future as well as ours, and led pagan kings to God. From slave to the highest position in the king’s court, Daniel shows how God can use an ordinary person to do extraordinary things.

Terry Thompson brings the Bible book of Daniel to life with extensive research into the lives and customs of the Hebrew people, and he even opens up the discussion for the prophecies that have yet to be fulfilled. This book is a complement to an intensive study on Daniel and the God Who is still faithful to protect His people. 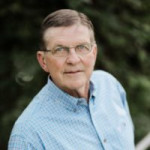 Following a rewarding twenty-four-year career as an Air Force pilot and commander, Terry was called into the pastorate of a large church in Hot Springs, Arkansas. Throughout his life, Terry has applied his writing talent to books, periodicals, proposals, promotional pieces, Bible studies, and college-level curricula. Terry is a prolific speaker and writer including a popular blog, Terry Thompson on America. He taught various business and communication courses online and in class for John Brown University for eleven years. He is an Elder of Crossgate Church in Hot Springs, Arkansas. Terry and his wife, Linda, have four children.