Home » Books » North Of Shadowlands: Letters From a Serious Illness 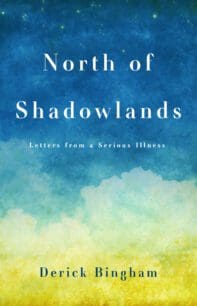 On Monday 23rd February 2009, following a weekend of Bible teaching in County Londonderry, Derick Bingham was admitted to the hospital and was diagnosed with Acute Myeloid Leukaemia. He was given two days to live. An enormous response of prayer arose for him across the world and following incredible care at the Belfast City Hospital, he was privileged to come into remission (although he likes to call it ‘permission’). As he lay in an isolation ward for weeks, he began to wonder if people would like to know what his Christian faith meant to him in such a situation. His church set up a website for those who were concerned about his condition, and he decided to write some letters on the website from his isolation ward. The response was phenomenal, including sympathetic interest from the press and, as it turned out, the BBC who then carried his letters.

At the request of Derick’s publisher and a retired senior medical figure in Northern Ireland who pled that his letters should not be lost, feeling they would be of help to people who were ill, this book has surfaced.

Proceeds from this book will go to Macmillan Cancer Support.

Derick Bingham is a Bible teacher and author serving with ChristChurch, Belfast. He is a Fellow of the Royal Society for Arts and is Adjunct Professor of English Literature at John Brown University. 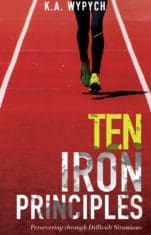 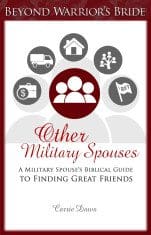 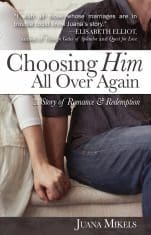 Choosing Him All Over Again: A Story of Romance and Redemption {audio}