Home » Books » Our Most Priceless Heritage: The Lasting Legacy of the Scots-Irish in America 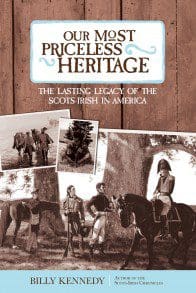 Our Most Priceless Heritage: The Lasting Legacy of the Scots-Irish in America

From their earliest arrival in America 350 years ago the Scots-Irish left a lasting legacy, a heritage that was firmly grounded in freedom and democracy.

The pioneering instinct of this proud race from Ulster and Scotland opened up America from the Atlantic coastline to the Pacific shore—“Sea to Shining Sea.” The history of the United States is inter-woven with the outstanding personalities from the Scots-Irish diaspora and the distinctive characteristics of a people who pushed the frontiers to new horizons.

The comprehensive study of the Scots-Irish in America in Our Most Priceless Heritage by Northern Ireland author Billy Kennedy has created a much greater awareness of the accomplishments and the durability of the hardy settlers and their families who moved to the ‘New World’ during the 18th century and created a civilization out of a wilderness.

President James Buchanan, son of a Co Tyrone man, said: “My Ulster blood is my most priceless heritage.” This is a sentiment echoed by many, many people in the United States today! 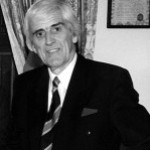 This is the ninth book written by Billy Kennedy in his highly popular series of Scots-Irish Chronicles which details 18th century American frontier settlements. The books have been eagerly read by many people in both the United Kingdom and the United States, recording as they have the incredible story of a proud, dogged and determined people whose contribution to the establishment and development of the American nation has been outstanding.

Billy Kennedy, who lives in Co Armagh, has been a leading journalist in Northern Ireland for the past 35 years. He is a senior journalist with the Belfast News Letter, the primary morning newspaper in Northern Ireland and the oldest existing English-written newspaper in the world, having been founded in 1737. On his regular visits to the United States, Billy has lectured on the subject of the Scots-Irish diaspora at universities, colleges, historical and genealogical societies and public authorities in cities and towns of the southeastern states. His other main interests are soccer and American country music. He is married and has one daughter. 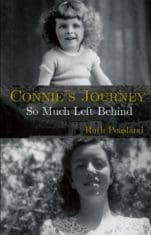 Connie’s Journey: So Much Left Behind 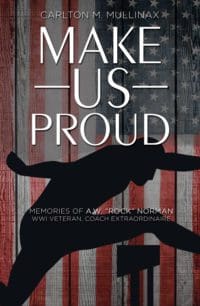