Home » Books » Robots or Rebels: The Dangers of Growing Up a Legalist, and Biblical Motivations for True Holiness 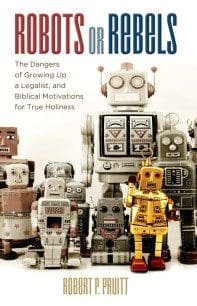 Robots or Rebels: The Dangers of Growing Up a Legalist, and Biblical Motivations for True Holiness

Legalism! Almost no one is neutral on the subject. Some see a legalist behind every attempt to encourage holiness in the lives of God’s people, while others fail to see that they have fallen into the clutches of legalistic thinking.  In the name of calling people to righteousness, many add to the Word of God and form a system destined to end in an unbiblical approach to godly living. The results of legalism are devastating. Many fail to learn to think, or at least think biblically, but continue to conform to the rules that have been laid before them. Robotic in their obedience, they never experience the joy of the freedom available in Christ. Others rebel, not only against the system, but against even those teachings that are true to the Scriptures. These rebels often leave their families and the church in pursuit of personal pleasure. In so doing they find themselves becoming slaves to sin. Robots or Rebels is designed to expose legalism and its tragic results, and then point the way to a true holiness that is based in biblical motivations. Christ is glorified only through truly holy lives.

Robert Pruitt has been serving as the pastor of Coloma Bible Church since the spring of 2005. Prior to that he pastored churches in Missouri, Virginia, and Kansas. In addition to his pastoral ministry he has also been involved in Christian camping ministries where he has been privileged to interact with many teenagers and pre-teens.  He and his wife, Michele, have two daughters and three grandchildren. 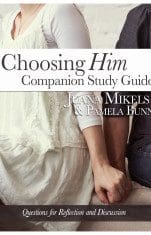 Forgiveness Is Not An Option: A Journey to Freedom and Healing 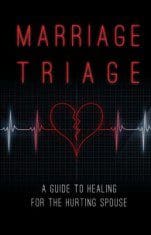 Marriage Triage: A Guide to Healing for the Hurting Spouse