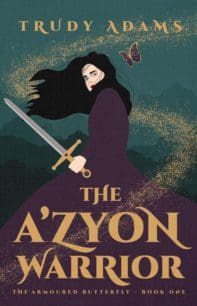 The fate of a kingdom rests in the hands of a girl who cannot remember her own name.

Seventeen-year-old Adaliah is the warrior and Lady of Targe, but when she wakes up in the Kest River, presumed dead by the world, she has lost her memory and is being hunted by unknown forces. Injured and alone, she must put together the pieces of her broken past and shattered kingdom.

The world is at war with a tyrannical king who is searching for four powerful swords. If King Cades finds them, his victory will be sealed, and his power over life and death will be complete. The only hope of survival is in the hands of Adaliah-can she find her place in this war-torn world?

Born in 1987, Trudy has always been passionate about the power of words and working with young people. She began what would become her first novel, Desolate Beauty, at seventeen. It was published in 2009 and won third prize in the Australia Christian Book of the Year Award. Her second novel, Judging Meghan, followed in 2010, and Broken Melody was released in 2013. Her fourth novel, The Sunshine List, won second prize in the Australian Young Christian Writers Award (2015) and was published in 2017. Since finishing her youth work post graduate degree in 2010, Trudy has worked to help children and young people from all backgrounds. She currently resides in regional Victoria, Australia. 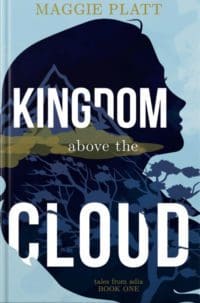 Kingdom Above the Cloud | Tales from Adia, Book 1