For immediate release: Plenty of couples share everything but a zip code. Fifteen million people in the US currently claim to be in a long distance relationship and a huge percentage of these fail. And for military families facing unimaginable stress, the statistics don’t look any better. According to data of active duty military, divorce rates are on the rise in every branch of the military. Divorce rates among those enlisted in the Army have nearly doubled since 2000. In Finding Joy: The Year Apart that Made Me a Better Wife, (Ambassador International; October 2015; $10.99, paperback) author Hope N. Griffin uses personal experience, real-world examples and Scripture to explore the possibility of a stronger, more fulfilling marriage. 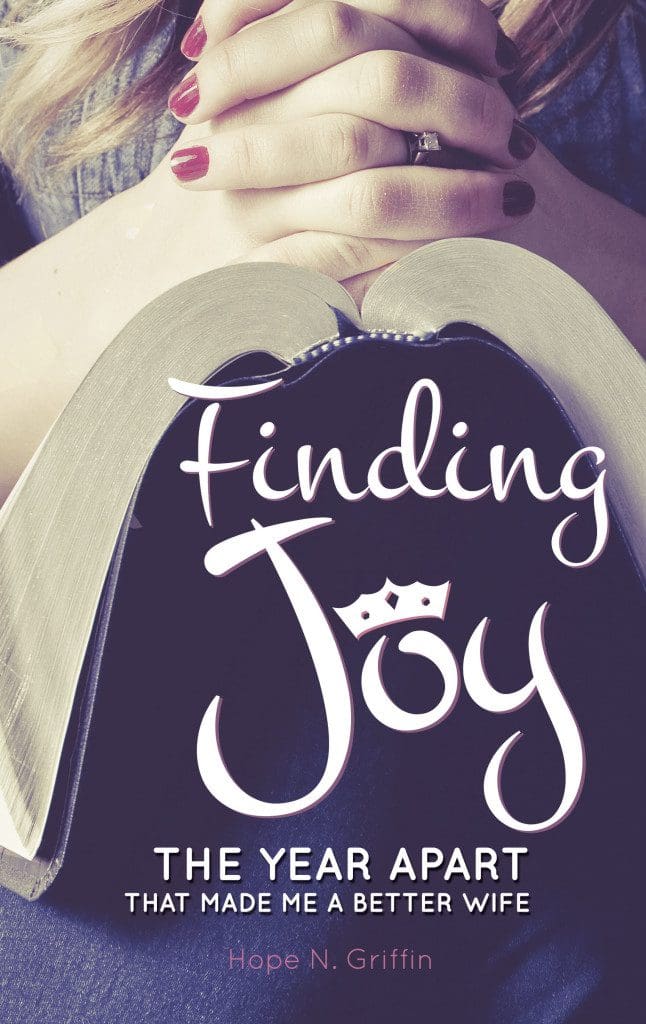 Griffin’s husband received his orders. He’d be spending the next year in Iraq, leaving his wife and three children, ages 5, 3 and 1, behind in Texas. Griffin not only includes a candid recount of her own marriage struggles in Finding Joy, but she offers tips to help those in long distance relationships survive and thrive. “Despite the world around us, despite the fact that our soldiers leave on multiple deployments, despite the fact that we struggle with loneliness, depression, a lack of control, and soldiers who return to us many times broken (whether in spirit or physically), despite all of this, we can live full, happy lives,” she writes. “By doing so we will change the world around us, and we will bring joy to our children and friends and strength to our soldier while away and upon their return.”

Finding Joy draws wisdom from the book of Esther, Scripture that helped Griffin in her own life. Esther was an ordinary person who did what was necessary when it mattered most, explains Griffin. Esther sacrificed her own well-being and was subsequently used by God in a mighty way because of it. “We can view deployment as a bar­rier to our dreams, a division in our marriages, and we can succumb to feelings of being trapped and isolated. It does not have to be that way,” writes Griffin. “Instead, we can find a way to praise God for deployments. We can thank Him for the time we are given to focus more on Him, for the reminder of how precious our spouses are, and the strength God has given us to wait.”

About the Author: As Fort Bliss Military Spouse of the Year 2015, Hope N. Griffin writes about her experience as a military spouse. Hope has an MABS from Dallas Theological Seminary. She writes for various online magazines and blogs, both fiction and nonfiction. Currently, Hope serves as the Director of Family Ministries at First Presbyterian in El Paso, TX. Her free time is spent loving on her children, volunteering, and drinking coffee on the back porch with her soldier.