Home » Blog » Eyes of Faith: A Letter from Our Publisher

Eyes of Faith: A Letter from Our Publisher

The month of October is filled with pumpkin spice flavored everything, the excitement of trick-or-treating, the anticipation of Halloween, the delicious taste of candy corns, the joy of choosing the perfect costume, and the exhilaration of getting to dress up as someone/something else! The once green leaves on the trees are changing to red, yellow, orange, and brown. Pumpkins can be found in abundance along with all things fall themed. It is almost as if fall is in the air. 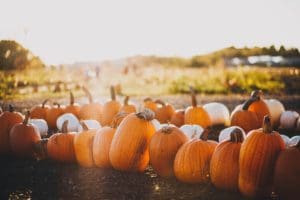 For many people around the world, dressing up is something fun to do; however, for missionary Amy Carmichael it was something completely different. Amy was a missionary to the children of India. Growing up, she had always been so disappointed that her eyes were brown instead of blue. But God had a plan for her, and her eyes helped her to dress up and blend in when she needed to most.

Author Derick Bingham describes Amy Carmichael’s life as a missionary to India in his book The Wild-Bird Child. Throughout the telling of her story, he uncovers God’s plan for her and how He used her dark eyes and a costume to help further His plan for Amy’s life.

“With a passion, Amy was determined that God would change the color of her eyes from brown to blue. Blue was her favorite color; and it is not without significance that most of her books were to be bound in blue cloth. Let her poetry tell the story:

Just a tiny little child,
Three years old,
And a mother with heart
All of gold.

Often did that mother say,
“Jesus hears us when we pray,
For He’s never far away;
And He always answers.”

Now, that tiny little child
Had brown eyes;
And she wanted blue instead,
Like blue skies.
For her mother’s eyes were blue,
Like forget-me-nots. She knew
All her mother said was true –
Jesus always answered.

So she prayed for two blue eyes,
Said “Good night,”
Went to sleep in deep content
And delight.
Woke up early, climbed a chair
By a mirror. Where, O where
Could the blue eyes be? Not there!
Jesus hadn’t answered.

Hadn’t answered her at all!
Never more
Could she pray – her eyes were brown
As before.
Did a little soft wind blow?
Came a whisper, soft and low,
“Jesus answered. He said ‘No.’
Isn’t ‘No’ an answer?”

During the Second World War, a Jewish rescue farm was set up near Millisle [Northern Ireland]. Those brown eyes of Amy Carmichael were to be one of her most useful attributes, when she would be led to rescue hundreds of brown-eyed children from unspeakable things and establish a faraway home for them.”

“Soon, Amy was glad that God had said “No” to her childhood prayer in Millisle for blue eyes. One night, she disguised herself by staining her hands and face with coffee and, dressed in a sari, she got right past the priests. Eventually, she got to the inner shrine and then entered a larger room where ten little girls, all aged between four and six, stood in line waiting. Dressed in silk saris and sparkling with jewels, they were perfumed and wore flowers in their hair, but their eyes were filled with fear. A door opened, weird music burst from behind the door, and a priest led them in. Amy did not need to be told what it was all about. But how was she to tell the world and the authorities that the horrors were real, and not imagined?”

“The broken-hearted Amy lifted her eyes away beyond her immediate circumstances to the vast sub-continent in which God had placed her; and the light of guidance was dawning upon her, that what she was doing had vast repercussions.
We have looked at some of the facts she collected regarding the Temple children; but here, in her own words, the seed-thought is expressed for what lay ahead:

‘We are hoping to gather facts concerning the Temple children matter during the next year, and then probably through the Missionary body of South India, approach Government upon the subject… if only the facts can be brought to light, something will surely be done. The difficulty is to get the facts: facts of the sort which will compel action on the part of the Government. The law as it stands is inadequate to cope with this trade in children. We realize that it will be difficult to frame the law, that its purpose cannot be evaded, but when one sees so many thoughtful men and women, some of them Government Officials, tackling the question, one feels as if the day when right will be done may not be so very far distant. I have begun with this because I want your prayers. The subject is National, not just Missionary, in its bearing.’

Amy, the missionary, was on her way to becoming a social reformer to the huge benefit of the nation she loved and of which she had become a part.” 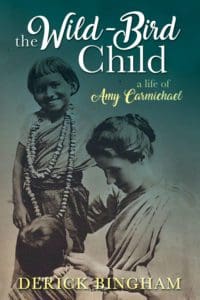 “As Christmas 1930 approached, the experience of asking for blue eyes in Millisle, Co. Down sixty years before, was still fresh in her heart. In December 1930, she quotes the words of her famous poem about her childhood experience of asking for blue eyes: ‘I find the Dohnavur Letter goes to quite a number of people who have kept the heart of the child. And more than one of that sort here has found an answer to many a question in the last line of this song – the question that answers itself. As for the genuine child, it never tires of the nonsense of it. We have baby song evenings in my room sometimes, and Godfrey plays on his auto-harp and the children crowd round with their own little Baby Song M.S. books. What shall we sing? Blue Eyes! They cry all at once, and with emphasis – so just to share our nonsense as well as our sense, her it is….’ She includes not only the words of her poem but the music to sing it as a song.”

As we prepare for fall, as we decorate with pumpkins, and as we choose costumes and dress up as someone/something different, let us remember that we are each unique, let us embrace that we each have a unique call on our lives that only we can fulfill,  and let us love and accept ourselves the way God created us just as Amy Carmichael did.

To learn more about Bingham and The Wild-Bird Child, visit HERE.