Five Things about Abby Banks of “Love Him Anyway”

Learn more about your favorite Ambassador authors with our “Five Things” series. Abby Banks is the author of “Love Him Anyway” a powerful memoir about her son, Wyatt’s battle with a rare autoimmune disease. Here are Abby’s “five things”:

I love family movie night. Friday night is special at my house. It’s family movie night, and I look forward to it all week. We rent a movie, pop popcorn, shut all the lights off, and curl up under quilts on the couch. Each week a different family member gets to pick a movie. We don’t worry about cleaning up the kitchen or finishing the laundry. Friday is the one night of the week that is reserved for family time only. I’m trying to soak in every second of it before my kids figure out that I’m not as cool as they think I am. I’m expecting them to invite their dates to our family movie night when they get older. My ten-year-old currently agrees. 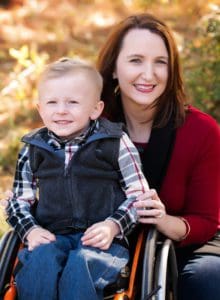 I love minivans. I love driving a minivan. I realize that probably classifies me as being old and boring, but seriously, there is nothing I would rather drive. They’re comfy, convenient, and fit all my favorite people. All my son’s medical equipment fits easily in the back, and it’s the perfect height. I don’t have to hurt my back or strain to lift the kids in and out. I love that I only have to push a button to open and close the doors, and I can still open the sunroof and turn up the music to pretend like I’m young and trendy.

I was a liver donor. If you’ve already read Love Him Anyway, you know this about me already, but it’s worth repeating. At the age of 21, I became a liver donor for an amazing 9-year-old boy named Austin. God orchestrated the neatest series of events that allowed me to be an organ donor. It was none of my own doing. I had graduated from college a semester early. I had a job that allowed me the flexibility to make a quick decision. I was the right blood type, and I was young enough to hop in a car and head to Charleston, SC without fully understanding what I was getting myself into.

Becoming a little part of Austin was one of the greatest experiences of my life. That precious, redheaded boy gave me far more than I could have ever given him. God called Austin home not long after I donated my liver to him, and it was an honor for me to give my daughter his name. She was born exactly 9 years and one day after he celebrated his first day in Heaven. Her birth date is no coincidence, and I know she was meant to bear his name.

Hockey is my favorite sport. I’m a total sports junkie. As a little girl, I dreamed of being a sportscaster for ESPN. I watched it every day and soaked in as much trivia as I could. I was drawn into anything competitive, but hockey stole my heart. I love the speed, agility, and toughness of it. I was able to get an internship with the Greenville Grrrowl hockey team during college. I ended up spending six seasons working in media relations for the team. I loved every second of it, but the best part was when the Grrrowl won the 2002 Kelley Cup, the ECHL equivalent to the Stanley Cup. I even got my own championship ring.

I hate scary movies and medical dramas. I don’t understand the allure of scary movies and haunted houses. Fear is an emotion that I want to avoid at all cost. I certainly am not going to pay and willingly sit through something that’s sole purpose is to scare me. My husband, Jason, likes to say that people who love scary movies don’t spend enough time alone in the dark. 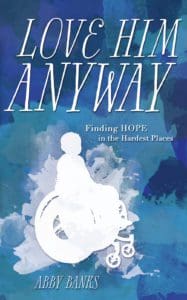 I can’t watch medical dramas either. I’ve spent too much time in a hospital, and they hit too close to home. My heart just can’t handle the stress. Instead of relaxing on the couch in front of the television, I find myself exhausted and mentally drained from medical dramas. I want entertainment to be as escape from reality, not a reminder of how difficult it can be. My television viewing primarily consists of sports, Disney movies, and comedies. Actually, that would be a lie. My television view currently consists of whatever the kids are watching. Currently, Mickey and the Roadster Racers is on repeat at our house.