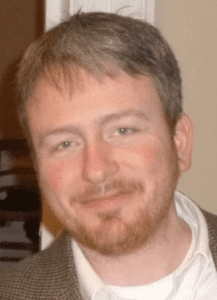 I grew up in Charleston, WV. Charleston is a sprawling city, and I lived in one of the more rural areas along Davis Creek. While I attended and eventually graduated from a Christian school in Cross Lanes, WV, I did attend public school during my junior year at George Washington High, the same school Jennifer Garner, the actress, graduated from. But since she graduated the year before I was there, I never got to meet her. Oh well.

I have four siblings due to a blended family. My parents divorced when I was an infant, primarily due to my dad’s alcoholism, but don’t worry. God saved him a few years later, and he’s been clean and sober for decades. Both my parents remarried, so I have a step sibling, and three half siblings. Of course adjectives like “half” and “step” are meaningless to me. They’re just my siblings. I love my brother, and I love my three sisters.

I’ve broken my left arm three different times. Yes, my left arm probably doesn’t like me very much. The first time happened when I was five, the next time when I was six, and the third later on when I was fifteen. The last time was the worst break, as it had a 45 degree angle and looked like I had two elbows. Nearly 30 years later, I still have the bone callous that healed around the break. It happened playing basketball in gym glass and a kid named Chris was so grossed out by it, he ran away from it. Later, he felt bad about his reaction and drew a get well card and had our class sign it. Thirty years later, we’re still best friends.

I spent the 90’s playing drums in various punk and indie rock bands. As my friends and I got into the punk scene, a few of them played guitar, so I taught myself to play drums so we could start a band. It didn’t quite work out that way, but I still ended up playing with a handful of different other bands. A few of the bands in the scene were actually pretty talented, but none of them ever went anywhere because no one at a record label expects to find a viable punk act in West Virginia of all places! Nowadays, I use my drumming talent to bring glory to God by playing in my church’s worship band. Of course, I still love to rock out now and then! 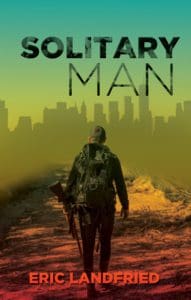 I love baseball. I grew up watching the Atlanta Braves games broadcast on TBS in the 80’s, and my favorite player was the center fielder, Dale Murphy. I used to play mock baseball games by myself in my mom’s front yard, knocking the ball around and running bases I’d marked out in the grass. During my punk phase, I lost track of it all, but after moving to New Hampshire, I started paying attention to the Boston Red Sox in 2003 when they missed the World Series by one bad pitch (heartbreaking loss!) and went on the next year to win it all, breaking an 86 year “curse.” I’m an avid Sox fan now, and I still keep an eye on the Braves, enjoying when they do well.