Learn more about your favorite Ambassador authors with our “Five Things” series. Author LeAnne Blackmore wrote the adorable “God’s Name is a Tower” which parents can use to teach their child about the gospel and who God is. Here are LeAnne’s Five Things: 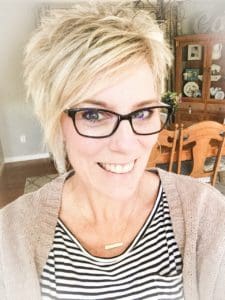 I grew up on an island in the Detroit River in Michigan. We could stand at the end our driveway and see Canada. When out-of-town guests would come to visit, a standard outing involved taking them over the Ambassador Bridge to Windsor, Canada, where we’d eat at McDonald’s. After eating our fancy fare, we’d head back to Michigan via the Windsor Tunnel—a route which takes you under the river.

My husband and I were both raised in strong Christian families. Each set of parents were married more than 60 years. My siblings and their spouses share a similar godly heritage. In fact, over 240 years of marriage are accounted for among all four sets of parents.

I’ve traveled to 24 different countries. Some trips were more missions oriented, while others were just for fun. I’d be hard-pressed to pick a favorite because each place exhibited its own charm, but the grandeur of the Swiss Alps literally brought me to tears.

I’m frequently stopped and told I have “epic” hair. While traveling in Brazil, people stopped me in the street to take their picture with me—because of my hair. I was like a rockstar! (An old one, but a rockstar nonetheless!)

I make great cookies—chocolate chip, snickerdoodles, oatmeal, sugar, peanut butter! I’m not much of a cook, but if you want some fantastic baked goods, I’m your girl. Truth be told, cookie dough is my favorite food. 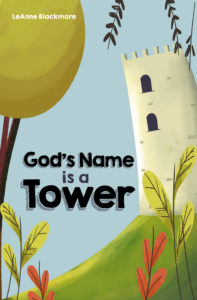 Learn more about God’s Name is a Tower by visiting HERE and LeAnne by visiting www.leanneblackmore.com.