Five Things about Michael Gryboski of “A Spiral Into Marvelous Light”

Learn more about your favorite Ambassador authors with our “Five Things” series. Author Michael Gryboski wrote the thought-provoking A Spiral Into Marvelous Light, a novel in which a liberal reporter writes an in-depth obituary about a controversial conservative pastor. Here are Michael’s Five Things: 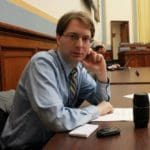 I ran a half marathon in 2016. I started jogging in my early twenties in my spare time. However, it was not until I turned 30 that I finally did an official race, a half marathon in Richmond, Virginia. That was 13.1 miles, which took me a little over 2 hours. Since then, I have done several smaller races, including multiple 10k’s and 8k’s, and one 5k. Last November, I ran in the VCU Health 8k, averaging 7 minutes, 12 seconds a mile.

I have had other novels published before this one. “A Spiral Into Marvelous Light” is not my first published book. From August 2014 until September 2017, I had seven novels published via Inknbeans Press, a small California-based publication that sadly closed down by the start of 2018. I had a couple of those books re-released last year. BOCH Publishing re-released my science fiction novel “Thoughtreal” last September and Jan-Carol Publishing re-released my suspense novel “Carla” last October.

For work, I have interviewed people including Roma Downey, Andy Garcia, the Rev. Franklin Graham, and Timothy Keller for news stories. When I am not writing novels, I am writing articles for The Christian Post, a Washington, DC-based online news publication. Over the years, I have gotten to interview some notable folks in-person and over-the-phone. Others of worth included former U.S. Senator Orrin Hatch, former Congresswoman Karen Handel, radio host Eric Metaxas, and famed evangelist Tony Campolo. If you include times when I was in a group of journalists, then I can add U.S. Senator Ted Cruz and former House Speaker Newt Gingrich to the list of notables. 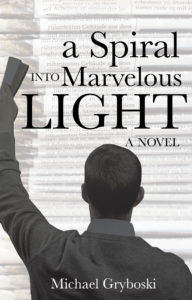 I have two famous cousins, one a professional baseball player, the other a professional actor. Fame runs in the family? On my father’s side, I have former Major League Baseball player Kevin Gryboski. He was a relief pitcher for the Atlanta Braves; he once struck out Ken Griffey, Jr. On my mother’s side, I have actor Darin Cooper. He was in films like “The Social Network” and “Gone Girl,” as well as episodes of TV shows like the original “Charmed,” “Monk,” the TV series version of “Shooter,” and “The Resident.”

I have contributed hymns and liturgy to worship services. When I am neither writing novels nor news articles, I occasionally write works of a sacred nature. I composed a few hymns, a couple of which have been used by a few churches here and there. My home church has used two of my hymns and also some liturgy that I wrote up. If you are interested in learning more, might want to use my music, feel free to reach out!

Keep up with Michael’s novelist career and learn more about A Spiral Into Marvelous Light by liking and/or following him at https://www.facebook.com/MichaelCGryboski/.