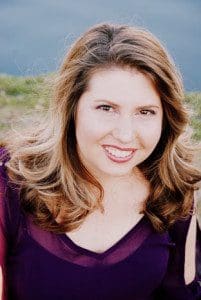 Maybe I write so many scenes with people eating or preparing foods because I have a hole in my heart that microwaved tofu created. Kitchens are my favorite settings in my books even though no one in my family ever entered them. I grew up in a health-nut family, but no one knew how to cook!  In fact, I had to delete about 25 references to strawberry muffins in my last book. I should probably not write on an empty stomach…

I often dream stories before writing them. I have always been a very vivid dreamer and even dream sequentially- sometimes for months on end with the same storyline! I remember things vividly when I wake up. The hero of my book is also a dreamer like me.

The crazy people in my family became a rich resource for my characters. From Aunt Mim’s love of “bluing” her hair to Grandpa’s obsession with the “Little People” who constantly took his glasses, there was always something to laugh about. When writing a serious story like A Little Irish Love Story, I like to pump in those quirky, adorable moments that have amused me.

An angel took my mom’s picture in Rome. She was walking around the ruins at midday and a band of men surrounded her! Just as they were about to attack her, a man in all white appeared out of no where. He calmly asked to take my mother’s picture. He took her picture, handed her back her camera and vanished! The men were so scared they ran away. We still have that picture. If you look closely, a very similar scene is in my book.

My great-grandparent’s love story inspired my new book. My Great Grandpa became my hero very early on in life. He helped build the Titanic in Belfast! His wife had a stroke right after they got married and he had to care for her his entire life. He told me one day, “Taking care of her was the greatest honor God has ever given me.” I wanted to honor him by making him the hero of A Little Irish Love Story so I used his name and his personality for the main character.

Learn more about Amy and enjoy her new book A Little Irish love Story. Thank you Amy for sharing your “five things” with us!