There it was again. I was out walking, enjoying the day, and my mind reached down and pulled up that hurtful memory like a cow pulling up its cud to chew. And chew I did. I was there again. I rehearsed what they said, what they did. It was simply wrong. It wasn’t true or right. I saw their expression. It hurt. It made me mad. My body tensed. All the words I should have said coursed through me.

Finally, I said to myself, “That was five years ago! WHY am I thinking about that now? I thought I forgot that.” Obviously, I had not. As I settled down and focused on why I was remembering so vividly rather than what I was remembering, I had the thought that perhaps I needed to forgive.

The word forgive comes from the Greek word aphiemi which means to release or send away. Bottom line: it means to let it go.

Unforgiveness puts us in a prison of torment. They say it’s like preparing poison for the person you haven’t forgiven and then drinking it yourself, not understanding why they don’t change.

Unforgiveness makes us ugly. We think we are unaffected, except for what they did to us. The truth is we become difficult to be around. Perhaps we are always the victim, promoting the poor-me attitude. Perhaps we put up a wall so no one else can hurt us or deceive us. We also may get aggressive, just to make sure no one has the opportunity to do anything against us.

Forgiveness sets us free. Most of us think it lets the other person off the hook. Not so. It does not deny what they did or that it was wrong. They will have to answer to God, to themselves, and perhaps the civil/criminal court of law. But we can be free of their sin’s control over us. That person may not even know anyone was offended. It’s possible their comment or action was inadvertent. And, certainly, it may have been on purpose, mean-spirited, and downright evil. Either way, forgiveness sets us free from those chains.

Forgiveness is the highest order of life.  If you forgive constantly, if you make a habit of letting it go, life is a joy.  It destroys the stumbling blocks of anger, frustration, resentment, bitterness, and wariness that seem to place themselves right in your path. You have the opportunity every day to take offense, but it will be poison in your veins.  Forgiveness cleanses you, protects you, and so blesses others. Why not begin developing the habit? As with any habit, you will have to practice. Sometimes you may need to forgive the same thing many times, but it becomes easier and easier.

I spent a whole summer walking and forgiving.  It seemed all those things that had festered below the surface were brought up to my mind, like the cream rising to the top so it could be skimmed away. I learned to let it go, to skim it away. Some were easier than others, but I began to develop a pattern, and I began to learn to recognize the poison for what it was. Looking back, a lot of good doors opened after that summer. I think when those ugly thoughts aren’t dominating our thinking that we are so much more open to hearing God’s thoughts and good plans for us.

I still have to work at it at times, but life is so much better when I let it.

Judy DuCharme is an award-winning author of six books, with more coming soon. When she’s not writing in Wisconsin, she’s walking Florida’s sunny beaches, pondering her next story, 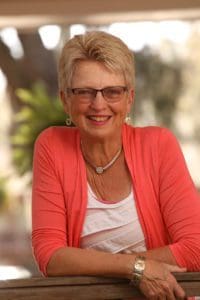