The reader-driven literary award, Grace Awards, calls itself “the little engine that could” of Christian fiction awards. The Grace Awards is now in its eighth year. Learn more about the Grace Awards HERE.

We are excited {and honored} to announce that the following three Ambassador’s 2017 releases are finalists in the 2018 Grace Awards:

Where the Sky Meets the Sand by Chris Loehmer Kincaid

The story of Jenny Neumeyer and Ole, a homeless boy she befriends while she and her husband are on vacation in Kenya. As she comes to terms with a secret in her past, two missionaries to Africa discover discover Ole and are determined to lead him home. Along the way, they realize that the boy is not the only one who is lost.

Learn more about Chris Loehmer Kincaid and Where the Sky Meets the Sand HERE.

The Reliant by Dr. Patrick Johnston 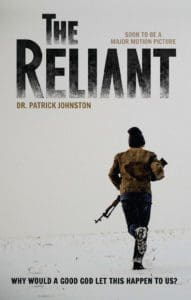 Learn more about Dr. Johnston and The Reliant HERE.

Mission of a Lifetime by Priscilla J. Krahn 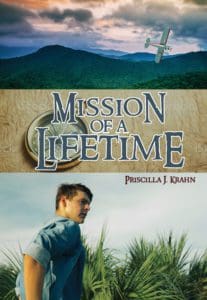 A missing airplane . . . Hostile tribes . . . Mysterious kidnappings . . . Responsibility falls upon twenty-one-year-old William Rodriguez when his missionary parents disappear in the hostile jungles of Colombia. Willie knows that he has to go find them, but what will it cost him? When Willie finds himself in the midst of a drug smuggling ring, difficult decisions are thrust upon him. Can he escape his captors before his family is killed? Can he find forgiveness in his heart for the very people who ruined his life or will it only bring back more painful memories? Will he be able to survive the mission of a lifetime?

Learn more about Priscilla J. Krahn and Mission of a Lifetime HERE.

Winners to be announced in June.