Home » Blog » Have you ever wondered?

Have you ever wondered?

Have you ever wondered what it might have been like when Jesus walked on the Earth as a man amongst men? In the following two historical novels, S.A. Jewell and Andrew Stone both take a fictional approach to answering that question.

Of Friends and Followers follows the life of Miriam, a widow in Judea, who has only one hope for survival: she must go to Capernaum and live as a beggar. On her way to the city, she is viciously attacked and left for dead. A leper, an unlikely and dangerous hero, saves her life but Miriam’s journey has only begun. 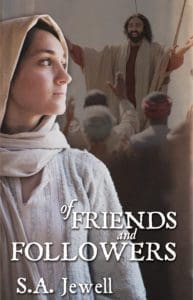 Miriam’s resilience and faith are tested again and again. Meeting unlikely friends along the way, Miriam’s path winds from Capernaum to the Sea of Galilee to Jerusalem. As she searches for friends and security, she eventually meets a man named Jesus of Nazareth. By His miracles and teaching, Miriam and her friends finally find something to believe in. Can they overcome the doubt and treachery that lurks in Jerusalem?

Son of the Father is a modern storytelling of Barabbas, the man released in the hours leading up to Jesus’ crucifixion.
Long before his life is traded for Jesus’, Barabbas’ family is ruined, a consequence of his own rage. Consumed with guilt he resolves to put things right, but this seems an impossible task. Huge debts, a man bent on revenge, theft, and murder hang above his head. 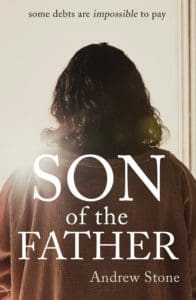 As Barabbas struggles to atone and restore his family’s honor and to bring himself out of poverty, he meets the new religious teacher. Barabbas can’t bring himself to trust this wandering preacher even though his family follows Him, until Barabbas’ life is spared, costing more than he thought possible.
In this thought-provoking and gripping novel by debut author Andrew Stone, readers will discover a much deeper meaning as the lives of Barabbas and Jesus intertwine between the pages and weave a story of love and sacrifice.