We’re looking for members to join our Street Team for upcoming release, The Reliant. Soon to be a major motion picture! Join our street team and get an advance digital copy of The Reliant. More details soon! 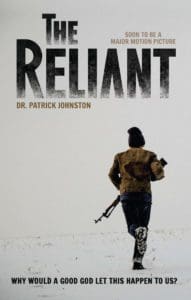 When Adam is found and Sophie discovers he has resorted to looting to survive, she cannot bring herself to forgive him, however hard he tries to make amends. Must he sacrifice everything to win her back?

When the group captures a thief, they learn the attack on their home was no random act of violence. Torn between justice and mercy, with their allies turning against them, their faith is heated in the fire.

Will God answer their prayers and deliver them, or must their faith remain blind to facts?