Stand or Fight, Press or Rest 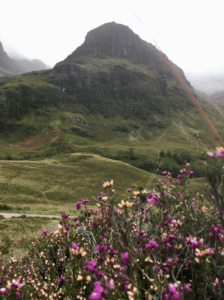 ‘To everything there is a season. A time for every purpose under heaven.’ Ecclesiastes 3:1

What to do when we don’t know what to do.

Do we have a crutch or is it a yoke, do we go fast or slow, do we soak or soar, do we press or rest, do we give comfort or courage? We have so many questions, and when we are in the throes of decision we vacillate and wonder if it’s God’s voice or our own and if were to stand or fight.

Jehosaphat in 2 Chronicles 20 faced a devastating circumstance. The enemies that the Lord told him to leave alone were now coming as a mighty army against them. Jehosaphat knew they had no might to defeat so he called the people together to seek the Lord. He laid out the details before the Lord and then they waited. The word of the Lord came to them through Jehaziel. The Lord told them the battle was not theirs and they would not have to fight. BUT He told them to go out to meet the enemy. WHAT?? How do you go out to the enemy and not fight. Is that defeat? This army is greater than you – such odd directions. But what did the wise king perceive? God inhabits the praises of his people. They sent out the praisers to worship and cry out ‘Praise the Lord, For His mercy endures forever’. This was a tough situation . . . yet they are to go out praising His goodness? He wouldn’t let them get rid of this enemy before and now they’re not to fight, but praise. Yup, that’s what they did. And what happened? The Lord sent ambushes and wiped out the enemy. By the time the Israelites got there the enemy was defeated and God’s people got to take home the spoils.

So, we never fight? But what about intercession and fighting like the Jews building the wall had to do, or the armies of the Lord that often went out to fight? Hmmm!

Let’s look at a few principles we learn from 2 Chronicles 20. They sought the Lord first of all and in that crying out to the Lord, they told the Lord exactly what they saw happening. And then He spoke to them. He will speak to you. It may be a Bible verse that will rise in your spirit. It may be a phrase from a song or something someone told you. It may be a thought you’ve never had or one that you’ve thought many times. Trust it. Hear it. Obey it. It’s okay to ask the Lord to confirm it. But they were told not to fight and yet to go out and meet the enemy. But He also told them to stand and see the salvation of the Lord. Then they sent out the praisers.

So crying out to the Lord, seeking Him comes first. Then listen – perhaps you have to wait a bit or it may come quickly. Prepare next to stand and see the salvation – salvation means wholeness, healing, deliverance, provision – of the Lord. Then send out the praise for whatever direction He gives you. Let praise precede all your action.

You may be wondering how you stand and go out. Have you ever stood in the water up to your waist? It’s not hard when there is no wind or waves. But how do you stand when the waves buffet you? Well, you have to fight to maintain your stance. It takes effort to stand when life is rough around you. In Hebrews 4, He tells us to ‘labor to enter His rest’. Another seeming oxymoron. We don’t just sit down and let life roll over us and say, “Well I guess that’s the Lord’s plan.” No, you stand, you work to enter the rest, you hide the Word in your heart so you don’t sin against Him. You ‘fight’ to walk in the Spirit so you don’t fulfill the lust of the flesh.

I can hear some saying, “This is so confusing. You’re contradicting yourself.” We sometimes think that about the Lord and the Bible.

Put yourself in a position to know His word, hear His word, and live His word. Realize that His perspective is often different that ours. Ask Him how He sees the situation. Sometimes that’s all we need. Ephesians 2:6 says He ‘raised us up together, and made us sit together in heavenly places in Christ Jesus’ – that’s great perspective.

And as you walk in this way, you’ll learn His voice and trust His voice. When I was a 5th grade teacher and taught three sections of science each day, I was troubled about fitting three or four units in before the end of the year. It might seem a small thing to some, but to me it was big – this was my job and I wanted to do everything well. As I walked one day and asked God about it, I heard Him inside ask me “What if you just did the weather unit first rather than last?” It was like a light bulb in my head. Well, that was perfect because then the unit that would be last could be shortened if time didn’t allow. Again, it may seem to some that would be a logical solution, but I couldn’t seem to figure it out. God knew and straightened out my thinking.

Sometimes your decisions are huge and matters of life and death. God will speak to you. He will give direction and confirm His purpose. I’ve found that when I’m in worship and know I’m in the Spirit, it’s a great time to check my heart for His direction. Learn to listen. Get to know His voice.

Sometimes He’ll use amusing situations to speak to you – that’s because you have a special relationship with your Lord. Our parents, our mates often let us know their answers in creative and humorous ways. The Lord Jesus, the Creator of the universe has so many creative ways to answer. This, though, isn’t asking for some strange sign that we insist on – this is asking the Lord to reveal His purpose to our hearts. His answer may seem strange to our thinking but it will line up with the Bible.

Enjoy your relationship with the Lord.

As writers, we may often struggle with direction in our writing, with editing, with marketing, with events surrounding our writing. Things tug at us, and many advise us one way or 32 other ways. It can be so daunting. Set yourself to hear from the Lord and follow Him, set yourself to stand and see His salvation in every decision, every chapter, every post, every marketing venture. Determine to go forward first with praise, realizing that He has good plans for you and He will open the doors and lead you down the right path.

God could have told the Israelites with Jehosaphat to fight the enemy. And there were times He did. Notice in 2 Chronicles 20 that He said at this time they did not need to fight, just go forward with praise. Just because one time the Lord has you go one way, doesn’t mean that His policy with you is always that method. He knows each time the direction you are to go. 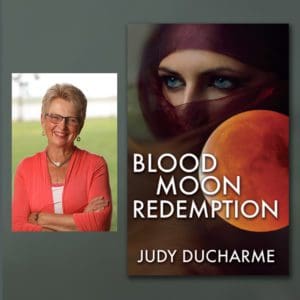 This week, enjoy getting to know Him and letting Him lead you with praise, rest, and joy, whether you fight or stand, press or rest, answer a fool or not, give comfort or courage, go fast or slow, soak or soar in His presence. He is your God.