Five Things about Randy Blankenship, Sr., of “The Mystery and the Masterpiece”

Learn more about your favorite Ambassador authors with our “Five Things” series. Randy Blankenship, Sr. is the author of “The Mystery and the Masterpiece,” an encouraging and convicting study of marriage and relationships.  Here are Randy’s “five things”: 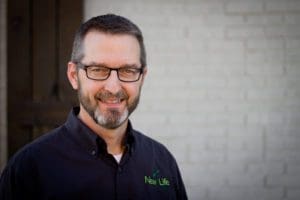 I am married to a triplet. This is my claim to fame. My wife comes from a very large family in our area. When she was born, triplets at the time were like sextuplets today. On her first birthday, people sent her pictures from a newspaper article featuring her and her sisters in the Los Angeles Times. For years they were featured as children in local fashion shows, school programs, etc. Everyone knows “The Fivecoate Triplets.” For a number of years they travelled and sang in ministry as “One in the Spirit.” And yes, on one occasion for each sister-in-law, I happened to put my arm around the wrong one!

I am a Floridian living on the mission field in Indiana. When I was 2 years old, my parents moved me from Florida to Indiana. I suppose my dad did need work, but I’m still not sure I’ve forgiven them for this momentous life-changing event. However, like the salmon swimming upstream, I still have to return to the place of my birth at least once a year. As I type this, I have returned for my annual trek to Florida. 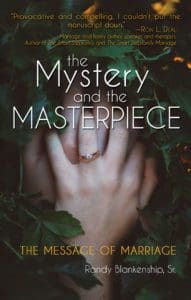 I began formally teaching the Bible at age 15. Shortly after I felt led to full-time ministry, I had the opportunity to accept a number of speaking engagements at a very young age. By the time I graduated high school at age 17, I had already ministered in a number of special events over much of Northern Indiana.  I am now in the fifth generation in my family to be in ministry.

The call to full-time vocational ministry is not hereditary, but God often leads families through generations. Now we have ministers serving in various capacities all over the world. My children are in the sixth generation, and they are all also involved in devoting their lives to ministry.

Still single, at the age of 20, I planted a church in Ohio. After 4 1/2 years, felt led to pursue foreign missionary work, and met my wife on the way. We were in the Philippines in time for our first wedding anniversary. After returning, we planted a church together in Indianapolis before leading a state-wide church planting ministry, then returning to our hometown to pastor.

I wanted to be a dentist. Hearing my parents regularly discuss the high price of dental care, I figured becoming a dentist would be a profitable occupation. I had my entire college and career life planned out, until I felt the direction of the Lord to pursue ministry . . . well, at least I didn’t have to take calculus, trigonometry, analytic geometry, chemistry, physics, etc.

I met Ronald Reagan. In September of 1980, two months before being elected president, Ronald Reagan visited Kokomo, Indiana, which had been adversely affected in the automobile industry. I had the opportunity to shake his hand. I’m not saying that had anything to do with his election . . . but there is no way of knowing what might have happened had that encounter not occurred!