The following is a guest post from Ambassador author Beth Marshall. Her book A Time to Heal: A Grief Journal is an amazing resource for those who have lost a loved one. Beth recently partnered with the American Widow Project and hosted a workshop at the group’s Southern Hospitality Getaway.

It sounded like a typical coastal weekend as I approached the wrap around porch of the beach house. Conversation and laughter coming from inside- flip flops and sandy clothes on the rocking chairs. As the front door opened, I was introduced to twelve beautiful ladies. They had traveled from San Diego, Virginia, Minnesota, New Jersey, all over the country for a few days together at Folly Beach, SC. 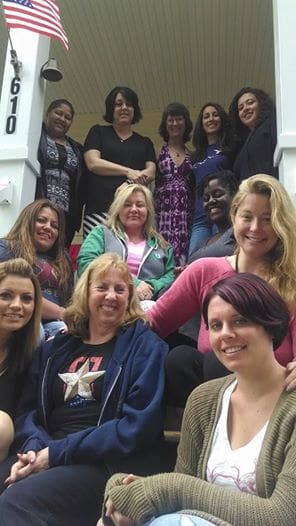 It had been a rainy start to the weekend, yet I didn’t hear the first word of complaining. I did hear about their surfing adventure and the amazing surf instructors who taught them the ropes. It was late March so I asked how they had survived the chilly Atlantic Ocean. Wet suits, they answered. One person compared the wet suit experience to trying on Spanx… only without the flattering results.

Twenty-four hours earlier most of these women were meeting for the first time; but the thread that instantly knit them together was a strong one. The event was the American Widow Project‘s Southern Hospitality Getaway. Each of these women has a story of crushing heartbreak, as she became part of a group she never expected to join- American military widows.

We introduced ourselves and started the workshop entitled, “This wasn’t supposed to happen!” What an understatement. We discussed the importance of honoring our heroes by writing about their lives.  Later we brainstormed ideas for dealing with stressful holidays- Valentine’s day, for example when it seems the world had been taken over by Hallmark cards and red hearts. A painful reminder of their new-found singleness.

We talked about the crazy things people say after a sudden death.

Seriously?  We referred to that part of the workshop as, “you can’t fix stupid.”

The American Widow Project founder and Executive Director, Taryn Davis has created an incredible environment for military widows to connect with other women who truly understand their pain. The events provide a place where it’s okay to cry; but it’s also okay to smile, laugh and embrace life again. I want to say a giant thank you to the hard-working staff, volunteers, and especially event coordinator, Danielle Schafer for making this life-changing weekend happen. 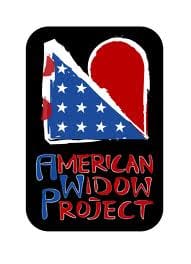 Beth Marshall is a grief counselor and the author of A Time To Heal: A Grief Journal. Recently Beth had the opportunity to interview Taryn Davis, founder of The American Widow Project, a growing group of around 1300 young military widows. The average age of a service member killed is 26, creating a very young generation of military widows.

When Taryn was 21 years old her beloved husband, Michael was bravely serving our country in Baghdad, Iraq. Just 90 minutes after talking to her husband he was killed by a roadside bomb. In the wake of Michael’s death, Taryn didn’t know what to do with the unpredictable waves of sorrow she was feeling. She set out to find and talk with other young women who knew what it was like to be a young military widow. The American Widow Project has fulfilled a desperate need for these young widows. “By understanding how finite life is you can actually live a more fulfilling life,” says Taryn.

In honor of the Fourth of July holiday, we encourage you to listen to Beth’s moving interview with Taryn Davis. Beth’s book is a wonderful resource for anyone who has lost a loved one.

Beth Marshall’s grief journal, A Time to Heal  is helping those struggling with the aftermath of the Japanese earthquake and tsunami. WYFF interviews Beth and learns how this wonderful journal has helped many people in the past and is helping many more now.