Fantasy Author Takes Readers on Epic Journey of Self Discovery 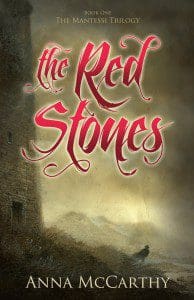 For immediate release: What if you had to lose everything to discover your purpose? That is what Jehan faces in The Red Stones (Ambassador International; August 2013; $14.99, paperback), the first book of the Mantessi Trilogy.

The first book in this epic series is entertaining, riveting and offers an emotional ride that will leave the reader hungry for more. Being compared by readers to books such as The Lion, The Witch and The Wardrobe, The Red Stones is sure to captivate its audience by its enchanting and mysterious world.

The story centers on a young boy named Jehan who is left with nothing after his beloved home, the city of Mantessi, mysteriously disappears. He struggles to find shelter and work in a nearby village as he tries to understand what went wrong. Knowing he must find answers to why his home vanished, he sets out to uncover the truth behind the loss of Mantessi and his family.

Jehan’s journey becomes even more complicated—and difficult—when he realizes he isn’t the only one on a quest to find Mantessi. Not long after, Jehan is immersed into a mystical world that he is struggling to believe exists. Over the course of his journey, he finds himself forced to face a destiny that he didn’t choose—and doesn’t want. Along the way, Jehan is joined by some unlikely companions and learns that his role in this enchanted world is much bigger than he ever could have imagined.

Read The Red Stones to see just where his quest to find his home takes him. The Red Stones is McCarthy’s first work of fiction, but she also wrote Forgiveness is Not an Option, published by Ambassador International in 2012.