Caitlin M. Smith graduated from Lock Haven University with a degree in Education. After working in schools, she took her passion for teaching 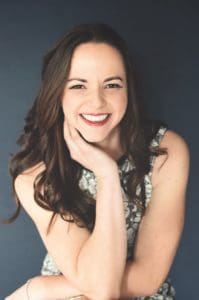 to the fitness world as a personal trainer, then to the dental industry, where she spent time working as a mentor for new business team members. In 2017, she left her job as a Practice Manager of Operations to pursue her career as an author. Through her books, Caitlin aims to inspire hope, provoke thought, and demonstrate the power of God’s unconditional love. When not rendezvousing with her fictional characters, Caitlin enjoys spending time with her husband, lifting weights, and flexing her creative muscles through painting, dancing, and playing guitar.

1. I paint large flowers on canvases using acrylic paints. Each painting has a special, biblical message.

2. I thoroughly enjoy dancing. It’s as though God put rhythm in my blood, and when a good beat comes on, it’s hard for me to resist busting a move! My church does a Broadway-style Christmas musical each year, in which I have participated the past few years.

3. I love doing pull-ups. After years of weight-lifting and exercise, they are one of my favorite movements. I especially enjoy a variation called “Butterfly pull-ups”—picture a swimmer doing the butterfly while holding onto a pull-up bar, and that’s basically the movement.

4. I ran hurdles and relays as a member of the Lock Haven University track team.

5. I began college as a physics major. While I enjoy being creative, I also likes math and found the subject of physics to be quite interesting. 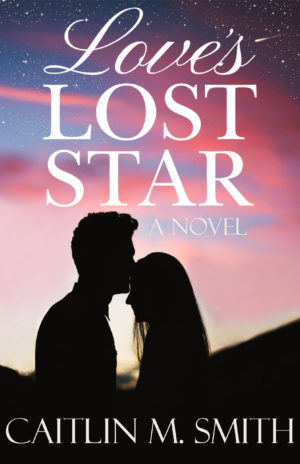 Cece Burbin thought she knew what love was—people using you to get what they wanted. Until she met Jason Porter. But on what should have been the happiest day of their lives, Cece wakes up on a riverbank cold, alone, and in pain. After realizing she lost her voice, Cece becomes desperate to find a way to communicate with someone that she needs help. Freeing herself, she sets off in search of the only man she has truly loved. But as she struggles to find her way back home, her past quickly begins to creep back. The gang she thought she had left behind was never that far away, and the crimes she has committed are coming back to haunt her. Can God truly love and forgive her for all she has done?

Jason is just as frantic to find his missing bride. But when he receives a note saying she left him for another man, his world is shattered. How had he missed her change of heart? Jason struggles to trust God in this heartbreak, battling uncertainty about the future he thought he had. But when he meets a strange woman who claims to be a private investigator, he discovers a clue that could change everything. Unaware that time is running out, the abandoned bridegroom sets off in search of love’s lost star.

Learn more about your favorite Ambassador authors with our “Five Things” series. Author Rev. Desiré P. Grogan has written a  verse-by-verse commentary on the first three chapters of the Book of Revelation titled  “Revelations from the Revelation of Jesus Christ, Chapters 1-3: A Commentary for the Believer in the Pew.” 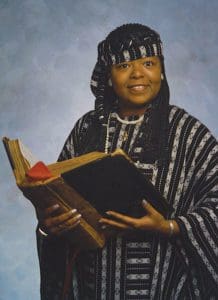 education from the D.C. Public Schools. She holds a Bachelor of Music (B.M.) degree from the Boston University School of Fine Arts, a Master of Library Science (M.L.S.) degree from the University of Pittsburgh Graduate School of Library and Information Science, a Master of Divinity (M. Div.) degree from the Howard University School of Divinity, and a Master of Arts (M.A.) degree in Semitics (Hebrew, Aramaic, Ugaritic and Akkadian languages) from The Catholic University of America. Rev. Grogan serves within the Shiloh congregation and across denominational lines as preacher, teacher, and retreat facilitator. She believes her main qualification for writing Revelations from The Revelation of Jesus Christ is derived from the practical experience of having taught The Revelation in the Church setting with great success to believers who were not seminary-trained. She is a firm believer that scholarship should serve the pew, not laud it over the pew! In addition to her ministerial duties and to a diverse and lengthy career in the fields of library science and digital technology. Rev. Grogan serves with much passion and joy as Board member and Scholarship Chair of the Mamie Stanley Ash Memorial Scholarship Fund, so named for her maternal Grandmother who only achieved a third-grade education and from which a growing number of students continue to earn its scholarship to attend distinguished institutions of higher education. 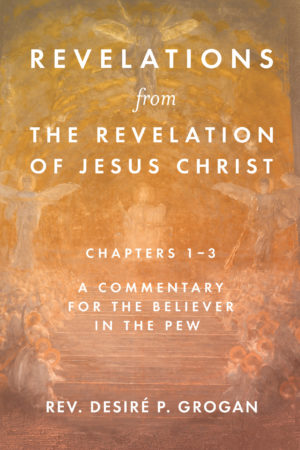 For the believer in the pew, the Book of the Revelation of Jesus Christ needs no other introduction than that it is the most avoided Book of Scripture that few feel capable of navigating and understanding on their own. The dense amount of imagery and the horrific scenes of judgment are mind-boggling and remain a mystery for many. The purpose of this volume is to empower you – the believer in the pew – with the most accessible tool to navigate and understand this last Book of Scripture, and that tool is the Bible itself, the Bible in your hand! You see, the God Who is speaking and acting in this last Book of Scripture has been speaking and acting throughout the Biblical text (cf. Heb 1:1-2). It is God’s intent, therefore, that you understand this last Book of Scripture just as He intended for you to understand all Scripture! The Revelations in this last Book were not hidden from you but for you to discover through diligent study! Let this volume be your entrance into the awe-inspiring zone of discovering and re-discovering the majesty and the consistency of the only God Who is worthy to be trusted and obeyed, worshipped and adored!

Learn more about your favorite Ambassador authors with our “Five Things” series. Author Beth Grisham compiled  inspirational true life stories in  “Seeds of Perspective: Planting Hope and Healing In The Baggage Of Life.”

Beth Grisham is a wife, mother, and non-profit ministry leader.  Beth graduated from the University of North Alabama with a Bachelor of Science in Communications. However, she believes her greatest education came through her role as mother to her six children, now thirteen to twenty-five years old.  After working at home for 17 years Beth became the Executive Director of a non-profit crisis pregnancy center.   She prayed to receive Christ at age eighteen, but it wasn’t until age twenty-six with the loss of her third child that Beth developed a personal relationship with Christ and fell in love with studying His Word. 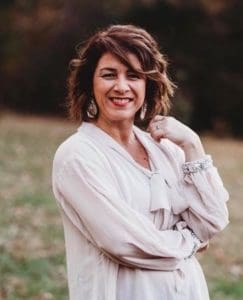 Her loss was the beginning of a whole new way of life and a totally different perspective regarding things of importance in this world.  It has been said that your greatest ministry will come from your greatest pain, and that has certainly proven itself true in Beth’s life.  She considers motherhood and the raising up of a next generation of Christ followers to be her greatest blessing and her greatest opportunity to make a Kingdom impact on the world. 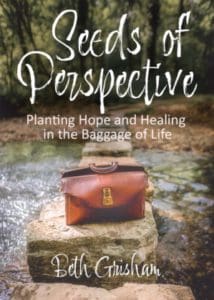 What if your greatest downfall could be redeemed to become your greatest calling? In Beth’s new book Seeds of Perspective: Planting Hope and Healing In The Baggage Of Life, gain a new perspective about old baggage that has kept you from experiencing freedom in Christ and from pursuing the purpose God has for your life.  Let the experiences of others remind you that you are not alone, and that God can use all things for your good and His glory. Learn more HERE.