To Love a Child…: A Letter from Our Publisher 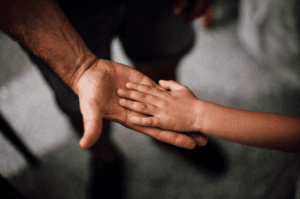 As families come together to celebrate Mother’s Day, we must painfully remember the children who are without a mother.

Mary Sandford explores life for children in an orphanage in her book titled Unwanted. Mary follows the life of Debbie Spencer. She is like most children her age, she has friends who she cares about, she loves to play and laugh with them, and she has no fear praying to her Heavenly Father. However, unlike most children, she lives in an orphanage…even though she is not technically an orphan. Mary Sandford shows how Debbie, and many of the other children in the orphanage, felt not having a family there with them to comfort and love them.

“I didn’t know what made me more embarrassed, wanting Daddy or being scared over a silly commercial in the first place. After I was back in the dormitory, thinking about the awful music kept me awake for hours every night. That’s when longing for Daddy was the worst. He should have been alive to protect me from scary commercials and bad dreams.”
“For weeks I’d cried myself to sleep. I’d hoped and prayed and waited. My mother never came to see me. Not once. Not even when I had the mumps. After that, I had stopped thinking of her. I’d made myself stop, and now, I never did and didn’t want to start.
Patricia [one of the members of staff at the orphanage] led me into the office and closed the door behind me. My mother stood next to Miss Ritz and her desk.
“Thisss isss my daww-ter.” My mother’s voice was loud but might not be heard over the singing. She wrapped her arms around me and clung to me like she needed me, if only to stay upright. I wanted to step aside and watch her fall. I wanted to pay her back for all the times I’d longed to be needed and wanted but never was.
I pulled away from her arms.
She gave me a bleary-eyed gaze squinting like she couldn’t see clearly. “Ssstill looksss jusss like her Daddy.”
Miss Ritz went around the desk to her chair as if my mother wasn’t there bent over and crying into her lap.”

“Concentrating on the chairs worked only for a moment. Everything that happened before I came to the home bombarded my thoughts.
I remembered waking up to find a cake on the table with “Happy Birthday, Debbie, 12 years old,” written in blue letters across the smooth white frosting. I’d swiped a taste off of the side and ran into Gram’s room to thank her. But Gram wasn’t there. Before I could figure out why, Uncle Lloyd came bursting in.
“What are you doing in here?” he’d asked. “My mother is gone. Her heart gave out, and it’s all Carol’s fault.” He grabbed my arm and added, “And yours.” Then he shoved me out of the room and slammed the door.
Ever since Uncle Lloyd came home from the war and he’d had to sleep on the orange velveteen davenport, he’d been mad. Mad at Gram for letting us move in when Daddy went back to Korea. Mad like he wanted Gram all to himself to take care of him and his wounded hip without my mother and me there, too.
My mother never even tried because, ever since Daddy left for Korea, all my mother did was lay on Uncle Lloyd’s davenport all day with the brown and yellow afghan spread over her. Until the day after my ninth birthday when she got the telegram.
She had started to read it out loud. “We regret to inform you…” but she stopped, and no one ever told me what else it said. No one told me why my mother ran out of the house without a coat or even shoes. No one told me where she’d been before Uncle Lloyd found her. I heard him tell Gram he’d taken her to the hospital, but I didn’t know why until Gram had tucked me into bed with tears in her eyes.”
Just before all of the chaos with her mother coming to visit her in the orphanage, Debbie’s heart was lightened by some much-needed good news.
“An outing. Folks who cared for orphans were coming to take us out? Folks who liked children and maybe wanted a child. My chest swelled up with hope. Was God answering my prayers for a new family?
No matter what I knew, telling Sharon and Noreen wasn’t a good idea at all. I wasn’t telling anyone. It was supposed to be a secret. A secret that could make my biggest wish come true. I was just sure of it.
Gram would have been proud of me thinking of someone else’s feelings like she’s always told me, a sure sign I was starting to put others first or at least for a quick second.” 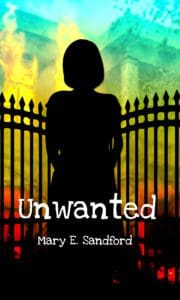 It is important to recognize the children who spend holidays in an orphanage or alone, and if we are able, to show them the love they need and deserve as shown in Mary Sandford’s book, Unwanted.
We also want to thank and show gratitude to those who have opened their doors to children and embraced them as their own with loving and outstretched arms. Thank you for sacrificing your time and energy in order to invest in a life. Thank you for being Jesus to these little ones and saying, “let them come unto me, and do not hinder them” (Matthew 19:14).

To learn more about Sandford and Unwanted, visit HERE.

Five Things about Jarm Del Boccio of “The Heart Changer” 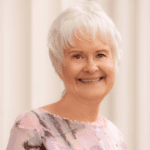 I love to travel, and am passionate about visiting new places. My motto is: never visit the same location twice. Well—I’ve disregarded my own rule a few times, but otherwise, I stick to it as best I can. I’m slowly checking off destinations on my bucket list, and have journeyed to six of seven continents. I’ll let you decide which one I have yet to step foot on . . .

I was accidentally hit in the head with a baseball bat and sported black and blue eyes for eight grade graduation. A well-meaning elderly man thought I had applied my makeup incorrectly. The ironic thing is—I am not a sports fan!

When I was a junior in high school my first job was — no joke — in a Chinese laundromat. 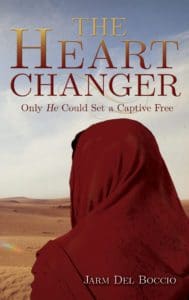 My secret desire? To get caught up in a flash mob singing a tune from a favorite musical.
When I was in elementary school, I begged my Mom for a baby alligator from Florida, trying to convince her we could keep it in our bathtub. She gently asked me what I would do once it grew to full-size. I pondered the question for a minute or two, and reluctantly backed down.
Learn more about The Heart Changer by visiting HERE and Jarm by visiting www.jarmdelboccio.com.