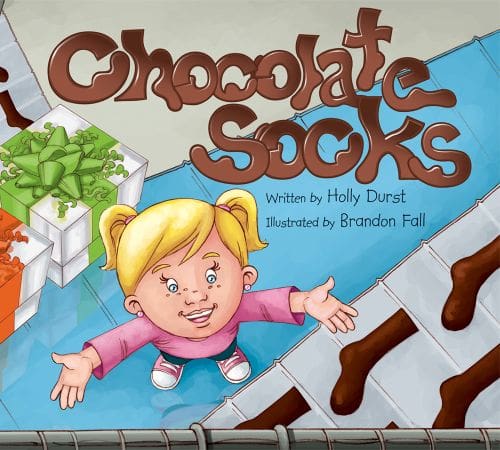 It’s National Chocolate Day! And what better way to celebrate than with a super sweet treat courtesy of Ambassador International? We’ve slashed the Kindle price on Chocolate Socks, the adorable children’s book by Holly Durst. It’s now just $4.99, a 50% discount! It’s a calorie-free chocolate treat you don’t have to feel guilty about! BUY NOW!

Reality star Holly Durst took her love for two things and turned them in to an adorable children’s book. Chocolate Socks inspires young readers to dream big—something Durst is very good at! Durst appeared on ABC’s “The Bachelor” season 12 and in 2011 took home a $125,000 prize for winning the second season of “Bachelor Pad.” The prize money meant little compared to what else she walked away with: LOVE! She met her husband Blake Julian on the show. Blake ended up popping the question in front of cameras and their engagement aired during the show’s finale. The newlyweds are now living happily in South Carolina!