Score Free eBooks for Your eReader

Were you one of the millions of people who unwrapped a new ereader this Christmas? If so, you’ll want to check out this video. Our publicist Alison Storm shares lots of resources for scoring free ebooks for your device! Did you know that research shows people who read digital books consume an average of 24 books a year while those who read print books finish 15? If your 2013 resolution is to read more, you may want to get your hands on an ereader!

It looks like eReaders will be among the most popular gifts this Christmas season. And there are quite a few fresh options available for shoppers. Apple launched the brand new iPad Mini on October 23th. Barnes & Noble’s Nook HD follows the step and is expected to be available on December 8th. Of course, Amazon’s competitive brand Kindle Fire HD also captures a large market share of tablet. The three have different features and customers could choose according to their preferences. 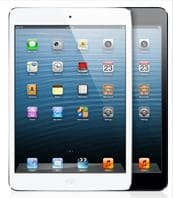 iPad Mini is nearly two thirds size of the traditional iPad. It looks more like a real book size, so it may attract more customers who are used to paperback books. It is thinner and lighter than the traditional iPad but maintains almost the same features as the latest iPad. The price of iPad Mini is $130 higher than that of Nook and Kindle Fire. This may hinder customers from purchasing it. Also, Apple users will have alternatives such as the iPad and iPhones, so the iPad Mini is not urgently needed. However, a real Apple fan will still buy it as soon as possible. The new Nook HD, introduced by America’s biggest bookstore, is considered one of the best tools to read ebooks. Barnes and Noble provides over 3 million books to browse and no annoying ads. It is convenient for customers to put in a pocket and to pull out to read in any place. The price is reasonable compared to iPad mini. However, the maximum storage is 16G, much less than iPad Mini and Kindle Fire.

The Kindle Fire HD, supported by Amazon, has captured the tablet market for a long time. Another perk of the Kindle FireHD is that readers can purchase all Ambassador International Christian fiction 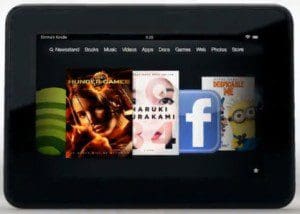 ebooks for just $2.99 each. It’s the same price as the Nook HD, but offers double the storage. The weakness is the size is smaller than a real book.

So which one has your eye? Will you be buying an eReader for someone on your gift list this year?