The Life and Legacy of George Beverly Shea 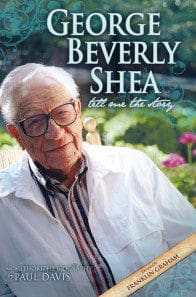 Ambassador International is saddened to learn of the passing of George Beverly Shea. Few musicians have reached more people around the globe for Christ than George Beverly Shea. No other gospel musician in history has spread Christ’s love throughout the world for as long. George Beverly Shea is a legend among both his peers and admirers. Today’s thriving popularity of gospel music is a living legacy of Shea’s dedicated, enthusiastic, ground-breaking vision. But more than that, Shea was a warm, loving Christian with the heart of a servant.

Born in Winchester, Ontario on February 1, 1909, Shea began his singing career in the choir of his father’s church. Over the span of a century Shea 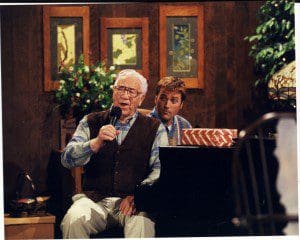 recorded more than 70 albums, received ten Grammy nominations, entered into the Gospel Music Association Hall of Fame and traveled to dozens of countries with the Billy Graham Evangelistic Team.

Ambassador is honored to have published the last authorized biography on Shea back in 2009. In honor of his 100th birthday, Reverend Dr. Paul Davis wrote George Beverly Shea: Tell Me the Story. We collected hundreds, if not thousands, of birthday greetings for Shea from fans around the world at GeorgeBevShea.com. Davis investigated Shea’s life, associates and recordings  more extensively than ever before, chronicling Shea’s 100 years with detail and depth. Davis, who passed away shortly after the book was published, was an author, journalist, broadcaster, and record producer whose relationship with Shea spanned many years. Davis served as the executive producers on albums for Shea and many other well-known Christian artists.

In honor of Shea and to encourage readers who may be interested in learning more about his life and legacy during this time we have lowered the price of George Beverly Shea: Tell Me the Story to $4.99 for the Kindle. While we will no longer be able to enjoy his beautiful voice here on earth, we know he is now singing praises in heaven with the Savior he devoted his life to telling the world about.