“… In her new book, Repurposed Faith, Rosie Williams offers a soul-quenching drink of refreshment for believers who need a reset for their focus and a reminder for their steps.”

author of My So-Called Life as a Proverbs 31 Wife

Whatever happened to the days when you couldn’t wait to sit down and read your Bible? When prayer flowed easily and powerfully? When you felt engaged and active in your spiritual life? Now, like so many Christians, your zeal may have faded without explanation, and you’re left watching from the sidelines as others thrive in their personal walk with Christ. What happened?

Life has a way of shaking us up, cluttering our priorities, and shifting our focus. When this occurs, our walk with the Lord is often disrupted. One morning, you wake up and realize there are only embers where once a spiritual fire roared. If you’ve found yourself in this place, don’t be discouraged!

Repurposed Faith is designed to refresh and redirect your priorities back to Christ and His Word. Through intentionally-written daily devotions, you will be prompted to search your heart for the “roadblocks” that have come between you and meaningful time with the Lord. From there, you will be guided back to a place where you connect and glorify God. Why continue in apathy, deprived of the intimacy and boundless joy of reconnecting with God on a daily basis? Take this moment to repurpose yourself and your faith.

I once worked at the state fire marshal’s office, overseeing a program aimed at reducing juvenile firesetting. Having three little boys at the time and a husband who is a self-proclaimed fire bug, made doing my job interesting and challenging. You see, one of these three little darlings of mine somehow got ahold of the matches and unbeknownst (is that really a word?) to me, would set little fires in the backyard to entertain his younger brothers. One day, the fire got away from them, and it was only after the fact that I learned how they used their jackets to put out the flames which were inching ever so close to our garage, filled with all kinds of flammable stuff. Needless to say, I didn’t last that long at that job!

I love vintage anything…especially if it is red. That is why my husband and I are restoring a 1974 camper that will be painted…you guessed it…red and white, complete with an “I Love Lucy” sign in the window. You see, I am trying to become a “glamper”, which is a combination of glamour and camper. Glampers like to sleep in the comfort of a restored vintage camper that reflects his/her style and taste. For example, instead of stirring up instant coffee, a glamper may come prepared to fix up an expresso. Instead of a sleeping bag, a glamper would want a comfortable mattress with a feather pillow and a pretty quilt. Just think Pinterest. I plan to take my pretty little camper with me when I do book signings. Just as my husband and I like to restore and repurpose things, God likes to restore and repurpose people which goes perfectly with the book I wrote, Repurposed Faith. 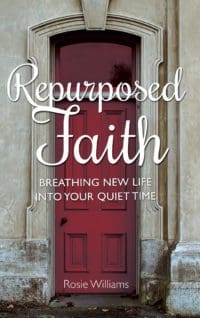 My parents owned the Christian Bookstore in our town. Because of my parents’ business, they had some unique opportunities. One year, back in the 50’s, my parents hosted Roy and Dale Rogers who came to the state fair to promote some of their books. I will never forget the wonder of meeting in person my Saturday morning heroes! Another time, Billy Graham and his team came to town. Mom invited them over to the house for pie and coffee. I always loved going to the Christian Booksellers Convention with my parents. Often, the local Youth for Christ leaders would load all of the teenagers on a bus and off we would go to do some sightseeing or attend a Christian concert. All of these things had a lasting impression on me and contributed to my dream of one day being an author. 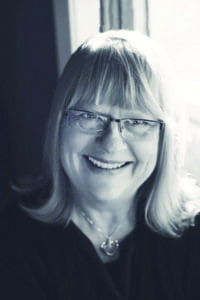 My high school debate classes paid off! I was in debate in high school and for a while in college. I guess I like arguing…I mean talking people into stuff, as in motivating them to action. Years ago, when I was working at a job as an eldercare case manager, a bill was introduced to our state legislature regarding a screening that would be required for people going into nursing homes. There were some things written into the bill, highly supported by one of the major universities in our state, that I disagreed with. I decided to lobby for the changes that I wanted to see. Turns out they actually listened to me and wrote my suggestions into the law. Now if I can only get that power of persuasion to work with my family members!

I have some family history with the Hallmark movie trilogy, Sarah, Plain and Tall. Sarah, Plain and Tall was filmed in the same rural community outside of Osage City, Kansas that my mom was raised in. The church in the movie was the same one my mom attended growing up. My aunt and uncle lived down the road from the church when the movie was being filmed. They would often invite one of the stars, Glenn Close, and her family to stop by for lunch, coffee and pie. Sadly, a few years ago, the church burned down, but I have a replica of the Hallmark church that I display alongside a family picture of the church back in the 1920’s.