Do you love your library? You may love it even more after this sweet sale! We’re spreading the love with a sweet sale. You can pick up these inspiring love stories for just $.99 each!

A Little Irish Love Story: Set in post WWII Ireland, this retelling of the Biblical story of Ruth is an incredible love story . . . with a twist.

Elderly Sarah returns to her hometown of Adare, Ireland with her daughter-in-law, Anna. The suffering that World War II brought them was unimaginable, but they still have each other. With all their loved ones killed in the war, the two women have nothing but a hope that one distant relative will help them. Will this new beginning bring the healing that both of them have prayed for? BUY NOW 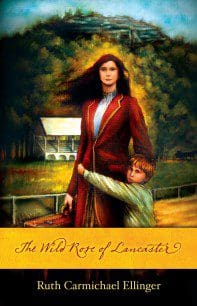 The Wild Rose of Lancaster (Book One): When her young husband dies, Elizabeth Davidson Cameron attempts to make a life for herself and her young son. Alone, and overwhelmed by grief, she loses everything—even her faith. Forced to return to Wildrose, the family-owned farm situated in the picturesque Ohio Valley, Elizabeth defies social proprieties and seeks employment. Born with the fiery blood of her Scottish father and grandfather, sons of clan Davidson, Elizabeth vows to succeed without the aid of God or family. BUY NOW

Wild Rose of Promise (Book Two): Set against the backdrop of the picturesque Ohio Valley in 1880, the Davidsons of Wildrose meet the challenges of the new decade. Jacob, 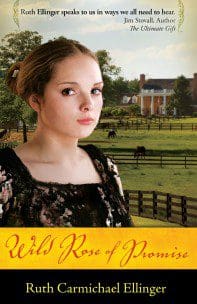 youngest son of the influential Davidsons of Lancaster Ohio, is devastated when the law of sowing and reaping come to his doorstep, dashing any hope of a future with Caroline, and unknowingly leaving a child alone and unwanted. As Jacob of old, he wrestles with God and finds the touch of God that cripples, becomes his strength. Elizabeth, impulsive and independent, is overwhelmed with doubt when Dr. Stephen Whitman proposes marriage. Her high spirits and stubborn ways, characteristic of her Scottish ancestry, cause her much grief. Refusing marriage, she throws herself into the Suffrage Movement, speaking for women’s rights. Too late, she realizes her love for Stephen, but he is going away. Shattered by their unequal yoke, Isaac and Delilah attempt to restore an estranged relationship. Isaac finds his Christian faith a challenge, and Delilah prays for God to untangle the web of doubt and mistrust, and bring Isaac back to her. BUY NOW

Sword of the Wild Rose: When his young wife is brutally murdered in a senseless raid, Derick Davidson, son of a Scottish chieftain, seeks revenge. Suspected by the English authorities, he flees Scotland, arriving in Boston at the onset of the American Revolution. He meets the colorful frontiersman, Daniel Morgan who talks of war and freedom. But another war rages inside Derick’s heart, a deadly conflict that challenges the very core of his political and spiritual beliefs. He follows one burning desire—to be free. BUY NOW