As we reminisce on the over forty years that God has blessed Ambassador International to remain in business, we are highlighting a different #backlistbook each week in a series called #ThrowbackThursday.

This week’s book is The Brontës: Veins Running Fire by Derick Bingham, a fellow native of County Down in Northern Ireland, and published by Ambassador International in 2008.

The story of the Brontë family is one of incredible romance, immense genius, and haunting sadness.

Patrick’s notable daughters Emily, Charlotte, and Anne came onto the pages of literary history with, amongst other work, their novels Wuthering Heights, Jane Eyre, and The Tenant of Wildfell Hall which now grip the imagination of millions of people in the twenty-first century. Branwell, the most promising of Patrick’s children is mourned for the wreck of his talent. All had the fire of deep emotions running in their veins.

In the The Brontës: Veins Running Fire, Derick Bingham seeks to trace the influence of Patrick Brontë’s unfaltering evangelical faith on the lives and work of all his children. Here is faith in the face of unremitting tragedy, imagination soaring out of pitiful sadness and doubt vying with hope for dominance.

The world will truly never see such a literary family again whose life story is every bit as fascinating as their fiction. You can learn more about The Brontës: Veins Running Fire and find purchase links HERE. This book is available in ebook, audio, and paperback. Don’t miss this fascinating story!

As we reminisce on the over forty years that God has blessed Ambassador International to remain in business, we’ve decided to highlight a different #backlistbook each week throughout the year in a series called #ThrowbackThursday.

It has been said that “We stand on the shoulders of giants” in reference to the legacy of those who walked with God in previous generations. 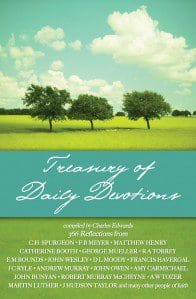 The zeal of these men and women will challenge us to go forward in the Christian life and be equipped to serve the Lord. Spiritual growth, like physical growth, requires careful nurture. For this we need help from God and from His servants sent to encourage us along the way. May this “Cloud of Witnesses” minister to our timeless needs.

Want to read this book but don’t have time now? Add it to your Goodreads HERE. Ready to get started? Find the link to your favorite retailer HERE. Currently available in print and ebook.