Child with One Leg Beats the Odds and Kicks Cancer, Too

For immediate release: After years of trying to get pregnant, Wendy and Scott Duke were finally going to have their first child. But when a dangerous pre-natal diagnosis followed by an even more lethal disease after their daughter’s birth threatened to immediately take their newborn away, the Dukes turned to their only hope: God. In Grace in the Middle (Ambassador International; July 2015; $13.99, paperback) Duke encourages readers through the amazing story of her young daughter’s victory over some of life’s most perilous afflictions. 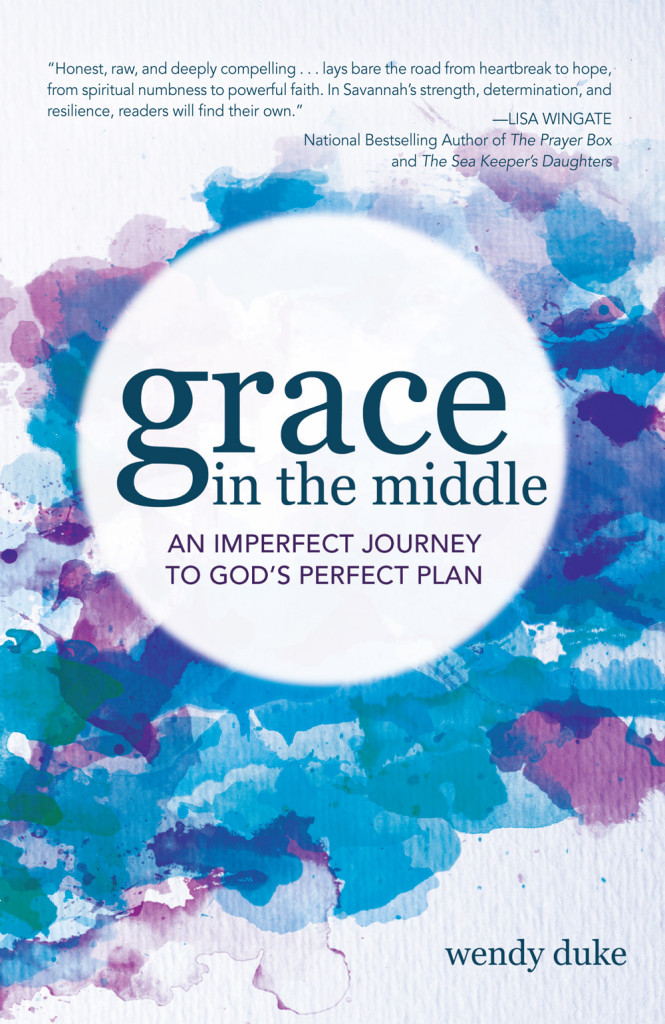 Wendy and Scott Duke were your typical young married couple who had met in Fellowship of Christian Athletes while in college. But when it came time to grow their family, things became anything but typical. After three miscarriages, the Dukes were hesitant when Wendy conceived a third time. Just when they thought God had given them the green light at an early doctor’s appointment, their excitement was shattered by a simple sentence: “Baby only has one leg.”

Anxious, frustrated, and scared, Wendy and Scott braced themselves for the unknown. In Grace in the Middle, Wendy recounts how her faith was rattled throughout the pregnancy. “I had never had to flesh out this flimsy faith I’d claimed,” Duke writes. “It had no meat, no muscles, no substance. I just kept asking, ‘What kind of God would let this happen?’” Her book reveals exactly what kind of God He is. When little Savannah was born, the Dukes breathed a sigh of relief; they believed the worst had passed. But another battle was rearing its menacing head: cancer. Wendy writes about her anger toward God after this new development, “I turned to look at Scott, and I screamed as loud as I could—choking on every word—‘WHERE…IS…GOD?!’

Grace in the Middle details the physical, emotional, and spiritual struggles Wendy and Scott faced during the pregnancy and the treatments for their daughter Savannah’s cancer. Duke reminds us that God was always there for her even when she might not have felt His presence. She continually emphasizes the importance of having the love and support of family and a church, highlighting the richness in spiritual growth that takes place through such difficult trials. The first few years of Savannah’s life were difficult—there’s no denying that. But, as Duke is attentive to remind, God is stronger and more powerful than any curveballs thrown at a believer. Grace in the Middle even includes a chapter written by Savannah, who is now almost 15 and living a normal, busy, teenage life.

About the Author: Wendy Duke lives in South Carolina with her husband and two children. She works with her husband in international sports development, using their backgrounds in coaching and telling their story throughout the world. When she’s not traveling, she is a Bible teacher, speaker, blogger, sports junkie, and middle school chauffeur. Grace in the Middle is Wendy’s first book. She writes on her blog at www.wendyduke.net.

To connect with the author or request a review copy of Grace in the Middle, please contact publicist Alison Storm at media@emeraldhouse.com.

Bloggers! Join the Grace in the Middle Book Tour

From August 23rd through August 29th,  Ambassador International will be hosting a Book Tour for one of our new releases, Grace in the Middle, by Wendy Duke. We’re looking for bloggers to join in! Approved bloggers who sign up for a specific day on the tour will also be entered to win a bundle of four lovely scripture prints from Naptime Diaries! 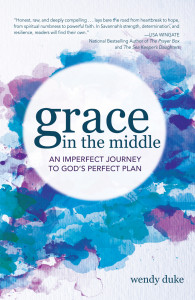 So, what is Grace in the Middle? It is “an imperfect journey to God’s perfect plan” for the Duke family. After overcoming a traumatic pregnancy with their daughter Savannah—who was born with only one leg—the Dukes then faced conquering the cancer that threatened the life of their little girl.

Grace in the Middle is a memoir recounting a young couple’s struggle to hold on to an unraveling faith during the greatest crisis of their lives. Heartbreaking, triumphant, and funny in just the right places, this inspiring story is an authentic reflection on battling and overcoming physical illness and disability, resisting the dark doubts that plague us in the midst of tragedy, and trusting the faithfulness of God through the deep twists and turns of life. 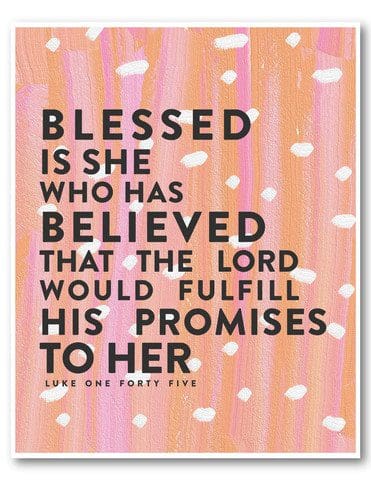 If you are interested, please let us know which day works best for you to post your review and whether you prefer a paperback or digital copy of the book. When you sign up for a specific day on the tour, we’ll also enter you to win FOUR beautiful Naptime Diaries scripture prints of your choice!

If interested, please send Nicole an email at nicole.ambassadorinternational@gmail.com

Grace in the Middle Graphics

Members of our Grace in the Middle Blog Tour: Want a little something extra to help this special post “pop” on your page the week of August 23-August 29? We’ve put together some graphics for your use! Feel free to pull from any of the following to enhance your writing and help promote Wendy Duke’s incredible story. Don’t forget to link back to Ambassador International, as well! Once your post is live fill out this short form and we’ll help promote: https://ambassador-international.com/submit-book-review/. We’re eagerly anticipating all of your wonderful posts! 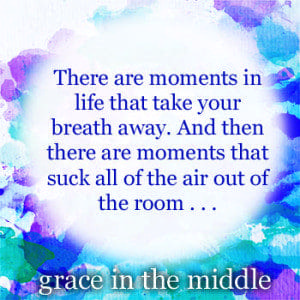 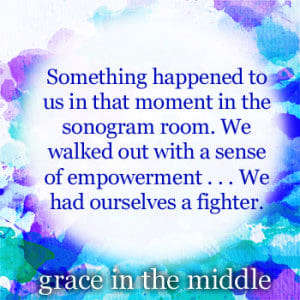 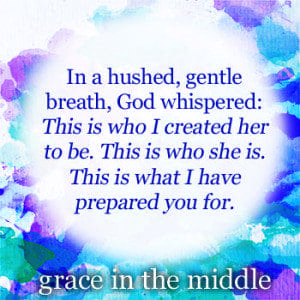 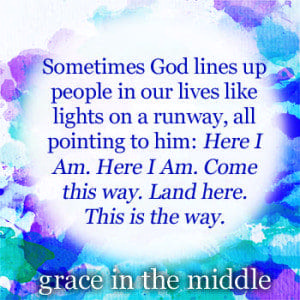 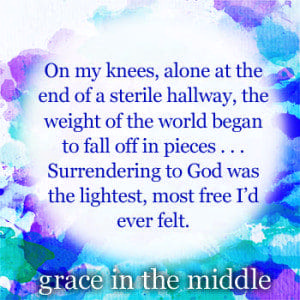 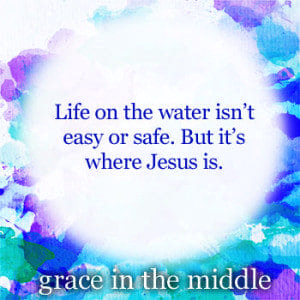 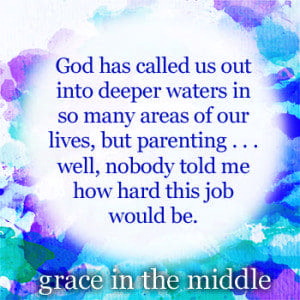 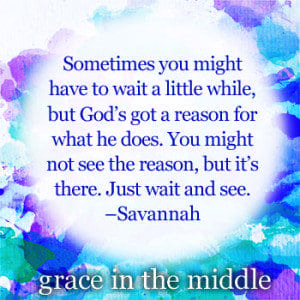 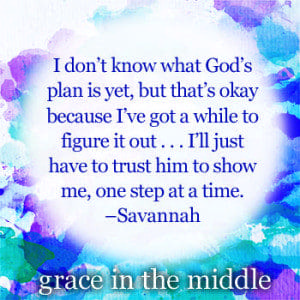