Home » Blog » The Real Saint Patrick – According to a Northern Irishman

The Real Saint Patrick – According to a Northern Irishman 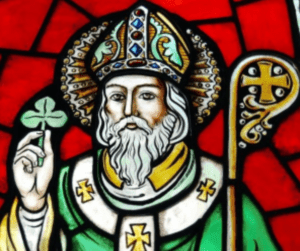 Musings of an Irishman

Who was the real Saint Patrick? A collection of resources.

With it being St. Patrick’s Day, I thought it would be appropriate to write a little something about the man who inspired the holiday. Although there is much speculation about who St. Patrick was and what he did, there are some indisputable facts that many people do not know.

Ambassador author John Holmes describes the life of St. Patrick and explains the many trials and triumphs that St. Patrick faced throughout his life in his book, Saint Patrick: The Man and His Mission. In the opening preface of his book, he explains:

“St. Patrick is among the most famous figures in history. He is forever linked, and rightly so, with Ireland and the Irish people. Around the world innumerable places, churches, colleges and institutions carry his name and yet surprisingly few individuals have anything more than a slight knowledge or understanding of the man himself. You would be hard-pressed, for example, to find anyone, even in our halls of learning, who could quote something that Patrick has said. It is true that in recent years some well-researched books on Ireland’s patron saint have been published but it would appear that most of these have a limited circulation and are not widely read.

Patrick belongs to the fifth century; to times and conditions far distant from ours. Our knowledge of society in Ireland in those days is limited indeed, for virtually nothing remains of the materials needed to construct some kind of detailed history. By nature of the case it must also be admitted that there is a multitude of questions about Patrick which cannot be answered with complete confidence. There is a multitude of questions which can never be answered – at least not in this life.

We can, however, be reasonably certain about many things and there are areas where the scholars are in general agreement. The historical basis of this little book rests on such material.”

In one of the first chapters of his book, Holmes explains how it is almost impossible to give an exact date for St. Patrick’s birth due to the rarity of records during the time; however, it is widely assumed that he was born in England around 390 AD. He was born into an aristocratic and religious family. Around the age of 16, he is believed to have been captured by Irish raiders and taken across the sea to Ireland as a slave. According to legend, Patrick worked as a shepherd near Slemish Mount while in captivity. After six years of slavery, he escaped confinement, obtained his freedom, and returned home to England and his family. Little did he know (upon his return home) that one day, he would be called back to the land of his captivity to preach the gospel of salvation to the people of Ireland. Today, many remember him as the man who used the shamrock (clover) to explain the holy trinity: the Father, the Son, and the Holy Spirit.

I believe it is only fitting to share the writing of St. Patrick entitled, The Confession of Patrick, which can be found within Holmes’ book.

“I pray those who believe and fear God, whosoever deigns to look at or receive this writing which Patrick, a sinner, unlearned, has composed in Ireland, that no one should ever say that it was my ignorance if I did or showed forth anything however small according to God’s good pleasure; but let this be your conclusion and let it so be thought, that – as is the perfect truth – it was the gift of God. This is my confession before I die.”

High King of Heaven, my victory won,
May I reach Heaven’s joys, O bright Heav’n’s Sun.
Heart of my own heart, whate’er befall,
Still be my Vision, O Ruler of all.

To learn more about Holmes and Saint Patrick: The Man and His Mission, visit HERE.

And learn more about some of Ambassador’s other Irish titles including:

A Shiver of Wonder

The Shamrock and Peach