This Summer’s Hottest Political Thriller: A High School Teacher Wins the Lottery and Runs for President 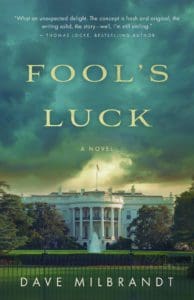 One man wins the lottery and risks his family – for the presidency.

From the pen of Dave Milbrandt comes Fool’s Luck (Ambassador International, July 13, 2021, $16.99), a tale of the everyman thrust into the political spotlight by one lucky draw. When a high school government teacher wins the lottery (literally) he does the unthinkable: he runs for president. But in Myles Bradford’s bid for the most powerful office in the land, he begins to lose all that is precious to him. Fool’s Luck begs the question: what price is too high to pay?

About the Book: Myles Bradford is an ordinary man, teaching high school government in sunny Southern California. A stroke of uncanny luck leads him to purchase a winning lottery ticket. A stroke of genius, or what many might call delusion, then inspires him to fund his own campaign
in a bid for the presidency of the United States. While Bradford is enthusiastic about his unlikely run for the presidency, his family at home cautions him against such a bold endeavor. In an uncanny twist of events, a leading candidate for a major party drops out, allowing Bradford’s campaign to become more than just a fringe vote. As the campaign intensifies, Bradford is caught between the undercurrents of political mud-flinging and rumors and his life at home, where his son continued to battle a deadly illness. When the unthinkable happens and his family is torn apart, Myles is left wondering if his quest was truly good luck
or Fool’s Luck. “What they see on the outside is all glitz and glamour, but, like false facades of the Gilded Age, the golden exterior hides a much less attractive interior. I see myself, in a moment of desperate honesty, unleashing the roiling cauldron gurgling inside of me.” 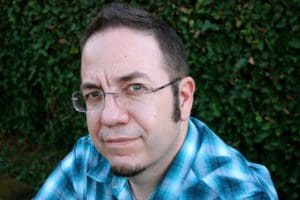 Dave Milbrandt fell in love with writing in junior high and has been a storyteller ever since. A former reporter and Southern California native, he spent five years in journalism and public relations before becoming a teacher. He has taught government classes to high school, community college, and university students since 2011 and gained on-the-ground experience by working on several political campaigns. He and his wife have been married since 1997. Dave is the author of the Jim Mitchell trilogy (Chasing Deception, 2013; Undue Pressure, 2016; and Running, 2018) and also has written High School Declassified: An Insider’s Guide to Helping Your Student Succeed (2016).