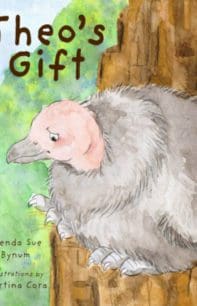 In this sweet children’s illustrated book, Theo is a chick condor, who wants to learn to fly like his mom and dad. But discouraging words from Raven cause him to doubt his ability. With each  attempt, Theo loses sight of God’s intention, only to succeed once he realizes, with the help of his parents, we can be who God made us to be!

As a teacher of young children, Brenda Sue Bynum understands their fears, and she helps them overcome those through wonderful stories like Theo’s Gift. While the young condor dreams of being like his parents, the naysaying Raven taunts Theo’s confidence in his ability to “fly in God’s big sky.” Readers will relate to Theo’s self-doubt and cheer him on as he soars above Raven’s negativity. Ultimately, children will discover parents know best and persistence always wins.
Cheryl Johnston
Author (Best Angel Stories, Heaven Touching Earth)
Journalist (Focus Magazine, Osprey Observer)
Director of Christian Education at  Plant City Church of God

Brenda Sue Bynum has been a gift to children for as long as I have known her. To her, every child is important and deserves the opportunity to succeed. The characters in Brenda’s books reflect her compassionate understanding of our little ones, which offers hope and healing to future generations. Theo is just such an example. He’s mocked and bullied, plaguing him with much pain and suffering; but in the end, he realizes his potential and soars to new heights.
Lisa Q. Herrin
Educator and Author of Life Interrupted

The wise writer of Proverbs 18:21 tells us that “death and life are in the power of the tongue.” Tapping into the uplifting power of words and word-pictures, Bynum’s creative story can help parents and children share the joy of imagination. The importance of helping children tap into their innate ability to imagine their own future and to begin to discover the power of their own courage to take small steps and, sometimes, leaps of faith in life are but two of the many lessons creatively woven into this children’s illustrated book Theo’s Gift. For generations, parents have rejoiced as they have patiently watched their children eventually take flight and, then soar the majestic skies of life. In a world full of naysayers and all too many bullies more than willing to speak words of death, Bynum’s uplifting story speaks powerful words of life.
R.W. Vince Arnold, DMin, EdD, LPCS
Clinical Fellow, AAMFT

Theo’s Gift captures a magnificent trail of imagery of a condor chick that learns truth in the face of adversity. A timely adventure filled with aspiration for parents to soar in directions that build foundations for character development for all involved. The sky is the limit to teach the gift of one’s identity in God from generation to generation.
Teresa A. Arnold, MA
Director of Religious Education

A retired teacher, Brenda Sue saw the difference it made in a child’s life after learning about God’s love. She also saw the difference it made when intervention was made to help a child, who was a victim of bullying. Her mission is be an advocate for those in need of encouragement and empowerment to overcome difficult situations and, most importantly, to know that Jesus loves them. 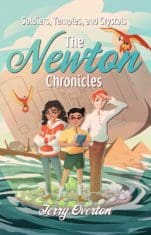 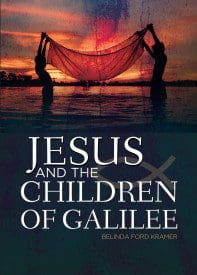 Jesus and the Children of Galilee 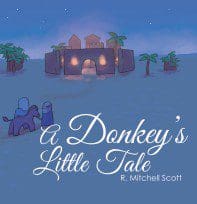