In today’s society, many, including Christians, want to be “woke.”

But has woke become simply another religion, another ploy of Satan’s to shred the fabric of Christianity? As woke critical theory seeps through the teachings of the Church, many Christians are being misled by their own spiritual leaders to take part in the newest attempt for their souls.

In Woke Religion: Unmasking the False Gospel of Social Justice, Wes Carpenter unashamedly addresses these heretical teachings, calling on those in spiritual authority to deny woke philosophies and cling to the teachings of Scripture.

Follow Wes as he takes the reader from the stirrings of woke critical theory in Church history to the teachings that are pervading the Church today.

“I am glad that works like Woke Religion and others are being written. The church needs them. We are starving ourselves from the wholesome teaching of God’s Word while we stuff ourselves with the famishing doctrine of Woke religion.”
—Pastor Timothy Decker 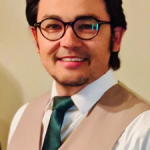 Wes Carpenter grew up in Virginia and led music at church as a teenager. He became a Christian as a young adult and served in churches in South Korea, the Pacific Northwest, and Southeastern United States. Wes has a B.S. in Engineering from Christopher Newport University, an MBA from the College of William and Mary, an M.Div. from Southeastern Baptist Theological Seminary, and is a Th.M student at Puritan Reformed Theological Seminary. He enjoys spending time with family, friends, and a good cup of coffee. 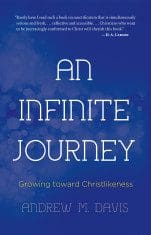