Take a cross-country journey to the chaos of the Klondike Gold Rush in All That Glitters– an adventure revealing life’s true treasures. Ginny hopes to strike it rich, but danger plagues her journey to gold. All That Glitters, a gold rush adventure, just 99¢ today only. After Thursday the price will go up to $2.99 through the weekend, and then it will return to regular price. So don’t wait- pick up this book now for your Kindle! 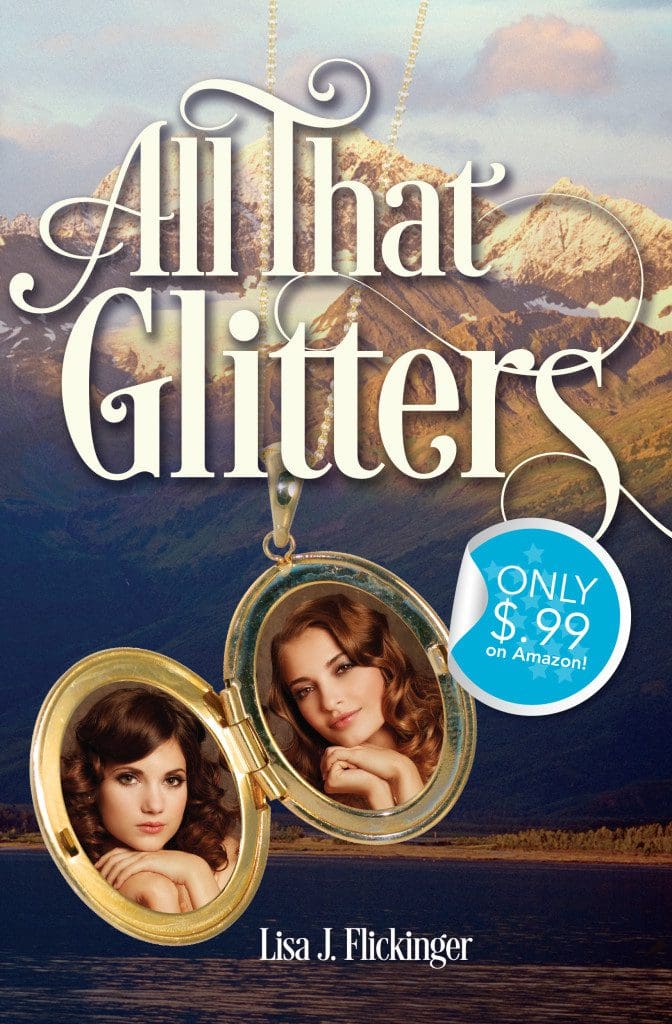 Synopsis: The world has gone plum crazy over gold; men and women alike would do almost anything to make their fortune. Leaving behind her family and a dying father, Ginny Connor follows the cunning Logan Harris up North to strike it rich. Twenty-year old Vivian Connor embarks on a cross-country chase to rescue her sister Ginny and they are both led into the chaos of the Klondike Gold Rush. Meanwhile, Ben McCormack leaves his farm to retrieve his intended bride from a rowdy tent town on the Alaskan coastline. Ben’s path inadvertently entwines with Vivian’s and he finds his heart tugging him in a different direction. Danger and disappointment plague all their journeys to the far North. Will Vivian find her sister in time to return home to see their father? Can Ginny forgive herself for the decisions she’s made? Will Ben find the lifelong love he searches for? When the world listens only to the call of gold, redemption and love become scarce treasures. BUY NOW

Author Lisa Flickinger Shares Her Favorite Scene in “All that Glitters”

All That Glitters is the fulfillment of a lifelong dream for author Lisa Flickinger. She says this is one of her favorite scenes from her new novel. Check back Thursday to find out how you can score Lisa’s new book at an incredible price!

Grabbing their drinks, Willy led Ben toward the window, and they sat down at one of the crude wooden tables. Willy lifted his glass to his lips, and his Adam’s apple dipped several times before he returned the glass to the table and wiped his hand across his mouth.

Ben realized he’d have to try and get some information while Willy could still think clearly. “So, why’d you invest in blankets, Willy, instead of heading out for the gold itself?” 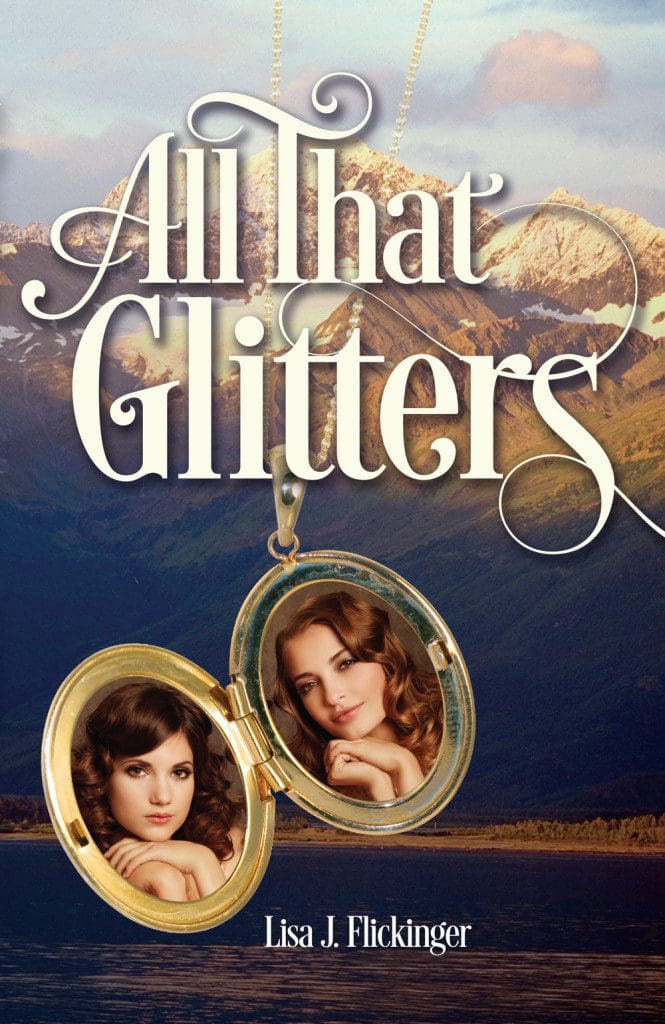 “Believe me, I would have done so, but my wife said if I did, she’d chase me down and bring me back by the scruff of my neck. And she’d do it, too. No one fools with Esther.” He took another swig. “She went on about how a man with seven kids has no business chasing the end of some stupid rainbow. I guess I agree with her. Besides, I ain’t meant for all that privation stuff. I can’t see going that long without my creature comforts.”

“I know what you mean. I don’t plan on getting into the gold rush myself.”

Willy’s chin snapped up, and his beady eyes focused on Ben. “Whadya talking about? I thought you were needin’ some wool blankets to go up North?” He fidgeted with the empty glass on the table; his eyes darted toward the window.

“How about I get you another drink, Willy. You still thirsty?” Ben hoped it would be enough to settle the fellow down and keep him talking. Willy rotated the glass in his fingers and nodded. “Bartender, could I get another couple of drinks for my friend?”

The two men visited for several minutes talking about the crazy antics of the gold rush. Now that Willy had figured out he wasn’t going to make a sale, he seemed happy enough to get himself some free drinks.

Ben’s mind raced to find a way to bring the conversation around to Willy’s earlier comment about women. His eyes strayed to the window, and he saw Bender driving down the road with an empty wagon.

“Excuse me, Willy,” Ben said as he stood up and then ran to the door. “Bender!” he yelled out into the street.

Bender turned and raised his hand to Ben, and then he pulled the horses to a stop and tied them to a hitching rail across the street. A moment later he stepped through the double doors. Squinting through the thick cigar smoke, he said, “Willy, are you trying to swindle my friend Ben here?”

Willy looked up at Bender and fiddled with his glass again, his hand shaking.

“You know I wouldn’t do that, Bender. We were havin’ a friendly conversation. Besides, he’s the one who pretended to be interested in some blankets. I ain’t swindling nobody.”

“You best not be, or you’ll be answering to me. Is Jacob up to his tricks again? You know what we told him last time. He tries that once more, and we’ll run him out of town on a rail.”

Willy scrambled to his feet. One of the glasses tipped over, and a stream of amber liquid flowed across the table.

Returning his cowboy hat to his head, Ben pushed his chair back and stood. There was no way he’d give Willy the opportunity to bolt.

Bender clenched his teeth and spoke across the table. “You tell us what we want to know, or I’ll make sure you never work in Seattle again. Even worse, I’ll tell your dear, sweet wife how you really make your money.”

“Ah, come on. You wouldn’t do that.” Willy raked his hand back through his hair, and it stood up on end. “Besides, I don’t even know what you wanna know.” . . .