Home » Books » A Daring Faith in a Hazardous World: Build a Courageous Lifestyle with Lee Roberson 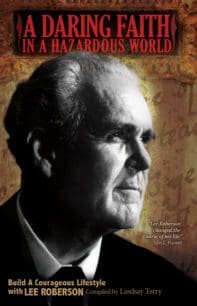 A Daring Faith in a Hazardous World: Build a Courageous Lifestyle with Lee Roberson

Life’s demands are sometimes hard to bear. Meet them head-on with a “daring faith.” Hundreds of pearls of wisdom harvested from the 46 books written by Dr. Lee Roberson can be of extreme value. The practical, down-to-earth counsel of this giant of the faith is easily understood and applied to our daily lives. The Scriptures that accompany the quotations, and give them Biblical authenticity, were added by Lindsay Terry, the compiler.

“In the past 100 years only a handful of men have touched so many, so strongly and so often.”
– Shelton Smith, Editor, Sword of the Lord

“I will never forget the impression this stately man had on me. He was velvet steel.”
– David Jeremiah, Turning Point Ministries

“Dr. Lee Roberson is undoubtedly the godliest man I have ever met. His example has made me want to be more like him and like Christ.”
– Jack Van Impe, JVI Ministries International

“The contribution that he has made to the cause of Christ and to the lives of so many is literally beyond description.”
– Paige Patterson, President, Southwestern Baptist Theological Seminary”

Dr. Lindsay Terry, a graduate of Tennessee Temple University, Chattanooga, TN, has known Dr. Roberson for more than five decades. He had the privilege of directing the music for many of his services in various locations. Lindsay says of this, his 34th work, “This has been a labor of love. Because of its content it will undoubtedly be the greatest literary offering that I have been a part of.” Lindsay has directed the music programs for a number of leading churches in America. His gospel tracts have sold more than ten million copies, and he regularly writes for a number of leading Christian periodicals. Lindsay and his wife, Marilyn, live in St. Augustine, Florida. 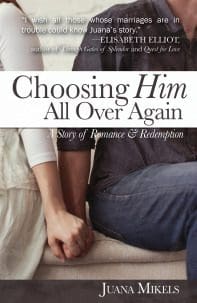 Choosing Him All Over Again: A Story of Romance and Redemption 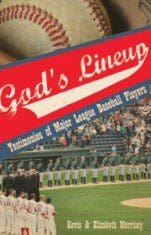 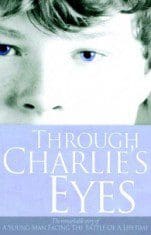