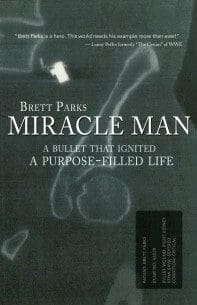 Miracle Man: A Bullet That Ignited A Purpose-Filled Life

October 17, 2012 started as any other day for Navy airman and fitness trainer Brett Parks until he heard screams for help. Without hesitation, he ran towards the sound and apprehended the mugger, unaware that the criminal had a gun. Moments later, the attacker fired a devastating shot directly into Brett’s body.

The bullet shredded Brett’s kidney, pierced his intestines, and destroyed several inches of the largest vein in his body. Three sets of surgeons’ hands applied pressure inside Brett’s open stomach to stop the bleeding while nurses delivered coolers full of blood to the operating room every 15 minutes. As the medical team worked fervently to save Brett’s life, his wife received the bleak news that their unborn daughter and young son may grow up without a father.

But the God whom Brett had given his life to years before had other plans. After a medical battle that included a 20-day coma, multiple surgeries, and an unexpected amputation, Brett emerged from his coma to begin a long and challenging recovery—medically and spiritually. Miracle Man details Brett Parks recovery as he experienced it and the miracles and greatness of our God in heaven; however, Miracle Man is less about Brett and more about what God has done through his story.

Miracle Man: A Bullet that Ignited a Purpose-Filled Life shows readers how to:
• prepare (by doing what God puts in front of you),
• set goals (by being who God wants you to be), and
• never give up (because God has a purpose for your life that only you can fulfill).

“Brett Parks tells an inspiring story of freedom, fear, fight, and faith. He joined the Navy out of a sense of patriotism and gratitude for the freedom he enjoyed as an American citizen in a post 9/11 society. Then, in a moment of genuine fear, he chose not to run, but to chase, and in the midst of defending another, he was brutally shot, critically wounded, and ultimately left for dead. As days turned to weeks, he chose to fight for his life–a decision made out of faith for the very life he knew he was called to live and the message he was chosen to deliver. Brett is a tribute to his country, to his community, and to his faith.” —Kate Ziegler, United States Olympic Team (2008, 2012)

“There is a Country Song that says “Live Like You’re Dying” The only thing more inspirational would be to LIVE after you come as close to death as you possibly could. How would our lives be different? Do we have to actually come face to face with death or can we learn from someone who has? Brett LIVED to tell the story of what it’s like, you have the opportunity to have the same changed life without the near death experience. Read the book. Put yourself in his shoes and LIVE like you have never LIVED before!” —Caz McCaslin, President Upward Sports 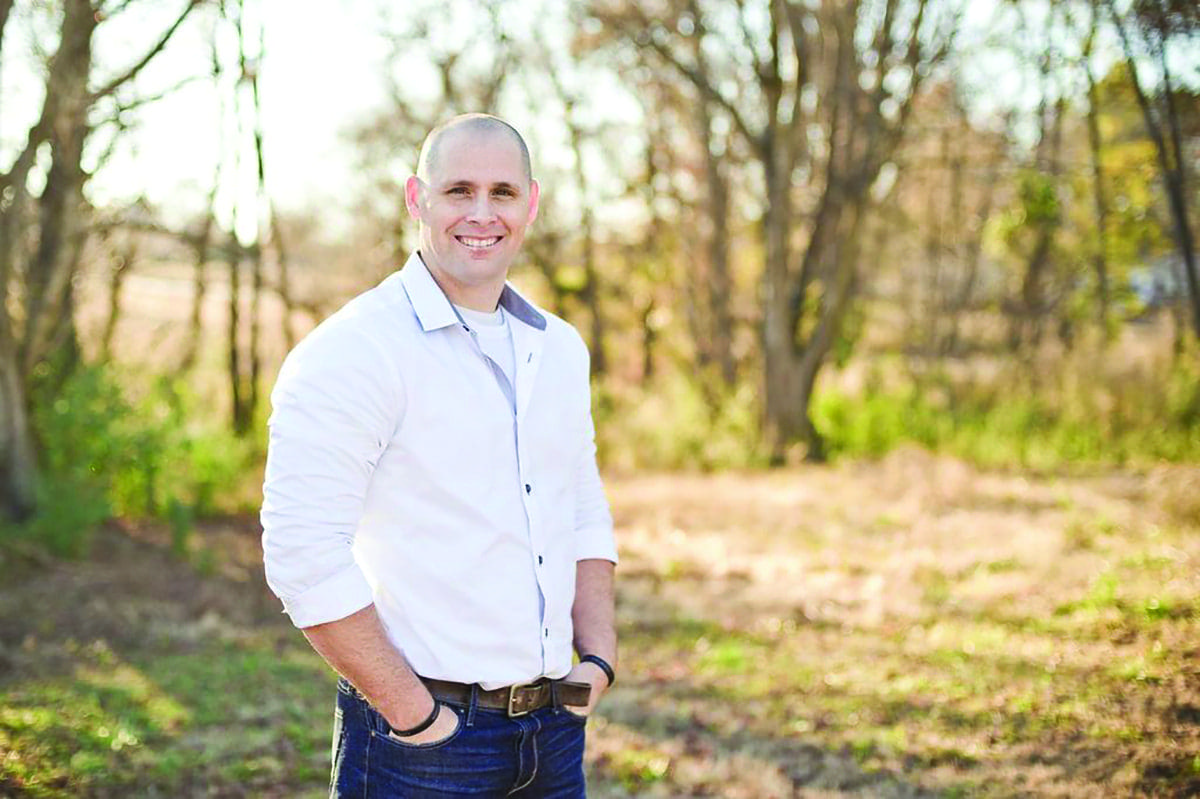 On October 17, 2012, Brett Parks was shot in the abdomen while breaking up a robbery. Because of his injuries, Brett spent 20 days in a coma. Upon waking, Brett found that he had lost a kidney, a third of his colon, and the lower part of his right leg. Brett is the founder and president of Second Shot Ministry and travels around the nation speaking to schools, businesses, and churches about hope, faith, and how he overcame a 99.999% mortality rate.
Because of his heroic actions, Brett was rewarded with the governor’s Medal of Merit, which was presented by Governor Rick Scott. The city of Jacksonville also acknowledged Brett by presenting him with a proclamation stating that December 5th is Brett Parks Day. When Brett is not traveling, he loves spending time with beautiful wife Susan and playing with his son Jason and daughter Stella. 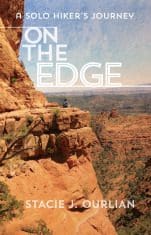 On The Edge: A Solo Hiker’s Journey 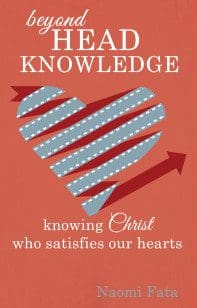 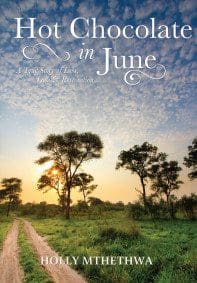 Hot Chocolate in June: A True Story of Loss, Love and Restoration