Home » Books » Rough Diamonds: Discover Their True Worth in Jesus 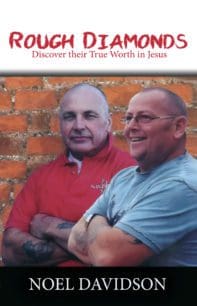 Rough Diamonds: Discover Their True Worth in Jesus

Rough diamonds are not very attractive. To the untrained eye, they look like little more than shapeless, featureless fragments of stone. It is the job of the gem-finisher to mark, cut, and then polish them, to display their true value.
Neither Billy Morgan nor Paul Winter would have been considered desirable company by the greater majority of decent, upright people in their younger days. Billy had a mind plagued by the memory of a horrendous happening in early life. He turned to bodybuilding to escape a haunting conscience, becoming ‘Ireland’s Strongest Man’ in 1980. A continuous cocktail of steroids, other drugs, and alcohol was later to leave him a physical and mental wreck, however. Life had become so pointless he tried to end it.
Paul felt that the world and everybody in it was against him. To prove himself he became the local ‘hard man.’ If there was a fight going on in the district he was in it, for he had probably started it. He was a virtual alcoholic, a paramilitary activist, and as often in prison as out of it. Life for him became eventually an endless round of futility.
When they were in the depths of despair, God reached into the lives of these two men, and began the shaping and polishing process. The transformation that has taken place has astounded all who knew them, but particularly the police.
Men who were once recognized as drug addicts and drunks on the streets of their towns are now out on those same streets telling people about Jesus!
Rough Diamonds: Discover Their True Worth in Jesus contains the stories of two ‘rough diamonds’ who were once as hard as they come. The Heavenly ‘Gem-finisher’ hasn’t completely finished His work on them yet. In the meantime, though, He has exposed enough brilliant facets to allow them to shine for Him.

Rough Diamonds: Discover Their True Worth in Jesus is a publication of Ambassador in Belfast, Northern Ireland.

Dr. Noel Davidson is a retired headmaster who has written 29 books, mainly Christian biographies, over the past two decades. Rough Diamonds was first published seven years ago and proved challenging to man. It is reprinted by popular demand. 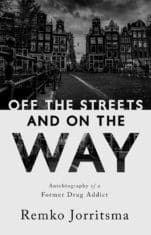