Home » Books » Persuaded: The Story of Nicodemus, A Novel

Escaped narrowly after the fall of Jerusalem . . .
Pursued relentlessly by the Sanhedrin . . .
Entrusted covertly with a mission more significant than he had imagined . . .

From the prison colony on Patmos, the Apostle John entrusts Nicodemus with manuscripts for the Christian fellowships increasing throughout the Roman Empire. While transcribing the manuscript, Nicodemus is prompted to recall his former life and his encounter with Yeshua – a man of mystery, a healer, a teacher, and a prophet. An encounter that changed everything.

Under the cover of darkness, risking his reputation and endangering his life even further, it is here that Nicodemus realizes the world-changing power of the Good News . . . and what being a follower of Yeshua truly means. 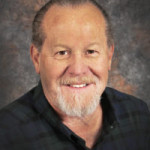 David Harder currently resides in the Prescott area of Arizona with his wife, Emily, and their border collie, Shiloh. David grew up in southern California and served in the U.S. Navy during the Vietnam conflict. For nearly eight years, he lived and worked in Germany. From sales and marketing, he eventually became a CEO and business owner before moving to Arizona. A graduate of San Jose College with a degree in business, David also studied at Santa Clara University. He is a graduate of Vineyard Institute in Biblical studies and leadership and serves in the Vineyard Church.