We spent 9 years as full-time missionaries. From January, 1976-July, 1980, in the inner city of Bronx, New York (where Nellie and I were born and raised), working in an inner city church doing evangelism and discipleship. Also from July, 1980- November, 1984, in Zimbabwe, Africa, right after the government changed from Rhodesia to Zimbabwe. We were involved in church planting, evangelism, discipleship, and directed a bible school. 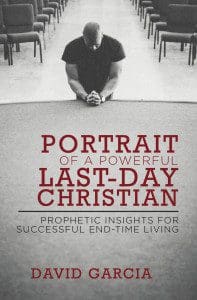 We have been pastoring Grace World Outreach Church, Brooksville, Florida for 26 years. This is a multi-ethnic and multi-generational church of 1,600+ people, with a strong emphasis on evangelism, missions, and discipleship.

I travel world-wide teaching in churches, leadership seminars, pastors schools. I especially have a passion for teaching teenagers and young adult singles on biblical romance and godly relationships. In addition, in the pastors schools I train pastors in Kigoma, Tanzania covering subjects that include Leadership, how to disciple new converts, marriage enrichment, authority over demonic powers, dealing with witch doctors, healing, and bible prophecy. I have a team from our church in the area who are reaching unreached people groups which include the Tongwe and Regwe people. In addition, I also minister in Mindinao, Philippines conducting evangelistic crusades, leadership training, and discipleship. I serve as an apostolic advisor to two organizations: one in Dipolog & the other in Pagadian City. The group in Dipolog is also reaching unreached people groups in the remote areas. In addition, Inhave a passion for the UK and have preached in churches in Hull, Wolverhampton, London, and Manchester. I have a conviction that since Britain planted the seeds of the Gospel in our country & is now post modern with less than 2% of the population saved, that as the US Cuvier j invests in the UK, revival will come to the US.

My wife Nellie and I are avid college football fans. Since she is a Florida State Seminole and I’m a Florida (Univ of Florida) Gator fan (both teams are state rivals!), football season is very interesting in our household and church!!!

I am an avid reader of history, especially military history. I have a large collection of war movies including the Civil War, World Wars 1, World War 2, and others. I firmly believe if we do not learn from the past, we are bound to repeat the same mistakes in the future.