The book of Mark tells of a woman who, despite suffering great personal pain and tragedy, never lost her love for Jesus Christ. This story has inspired many struggling with personal suffering, including two great authors from Ambassador International, both of whom wrote books about this biblical story.

Despite drawing from the same source, these two authors definitely didn’t write the same book. Cynthia Goyang wrote Just One Touch, which tells the fictional account of a woman similarly maintaining her love for Jesus through hardship. Elizabeth Johnson, in her book Touching the Hem, tells of her personal struggle with illness, and how she never lost her faith because of it.

All this week (Aug. 1-7), you can pick up both of these books in one of our great deals! Own both books, with shipping included, for just $16.00 in our flash sale. You can also get either Just One Touch or Touching the Hem for the Kindle for just $2.99!

Though one is fiction and the other is nonfiction, there is a common thread running through both: keeping faith in God even when times are hard. These two books will deepen your understanding of biblical suffering and how one woman in the Bible is a great example to Christians.

Ambassador International asked both of these authors a few questions. Here is how they responded: 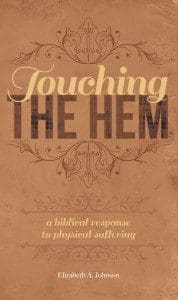 Your books both focus on the story from Mark 5 about the woman who pushed through the crowd in order to touch Jesus’s garment. How can your books complement each other?

Cynthia: I believe both Just One Touch & Touching The Hem, focus on: 1. What life changing things occur during suffering. 2. How a soul is to act/ react in the midst of suffering. 3. How one grows and grows closer to the Lord while suffering. 4. How a believer is used of God while suffering. 5. How one walks in healing (whatever that may entail).

Elizabeth: I loved reading Cynthia’s story, Just One Touch, and seeing through that story how this woman responded correctly to her suffering. Her focus on Christ as the great Healer, her action based on faith, and her persistence in trying to reach Him despite horrible circumstances — these are all part of a biblical response to physical suffering, which I cover in Touching the Hem. The two books complement each other quite nicely, first by seeing biblical truths regarding our response to suffering, then by seeing a depiction of that response from real life.

When did you first discover the story told in Mark 5?

Elizabeth: I’ve known this story as long as I can remember, but a few years ago my pastor started preaching a series from the Gospels about “Personal Encounters with Jesus.” When he started teaching about this woman’s encounter with Christ, it was like I was hearing it afresh. It became the inspiration for my book, and the model for my own response to personal physical affliction. 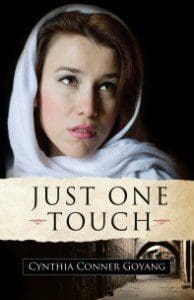 Why did you feel such a strong connection with this story?

Cynthia: The Woman with the Issue of Blood has always fascinated me. After studying, I found that a person with such a problem would most likely have been shunned by her family, friends and community. She was certainly a person living in an extreme crisis, but like that saying suggests: “Our extremity is God’s opportunity.” I feel a connection with her simply because like the Woman with the Issue of Blood, we each have “Issues” issues that can only be resolved by reaching out, by pushing through with faith-filled determination to touch Jesus Christ the Lord.

Elizabeth: Mark 5 tells us that this woman had spent all she had in search of a cure, yet was nothing bettered, but instead grew worse. I’ve experienced that same struggle in my own journey with chronic illness. Doubtless, I have not faced the utter social rejection or complete financial loss that this woman faced, but I have had severe physical problems – life threatening ones, even – that doctors could not seem to fix or even determine the root causes. It feels hopeless sometimes, as I imagine this woman felt with her ongoing suffering. 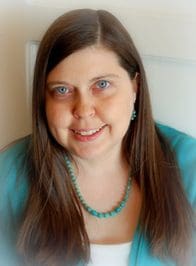 Why does it stand out to you over other biblical stories of suffering?

Cynthia: All the stories of suffering are quite dramatic but the story of this woman in the midst of such a dire crisis has been for me one of the greatest examples of a soul’s humiliation, sickness, suffering and a soul’s determination, faith and subsequent healing.

Elizabeth: This woman was a social outcast. She had no money or other resources. Her health was almost non-existent. She literally had nothing, except what was internal – her character, her faith, her persistence. Her story is one of poverty to wealth, not monetarily, but spiritually. She reached out in faith that Christ would heal her, and He turned her life completely around by giving her immediate healing, social recognition, and restoration to usefulness. This story, more than most, displays the contrast between our poverty without Christ and our wholeness with Him. 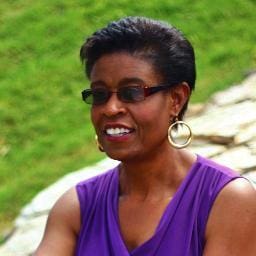 What struggles has this story helped you through in your own life?

Cynthia: This story has helped me to have faith in Christ no matter how dire the circumstance. It has taught me to be quiet in my spirit, to know that He is God! This story has helped  me to truly know:  that all things work together for good to those who love God, to those who are the called according to [His] purpose. Romans 8:28. The Lord can and does use suffering to bring about His purpose. The Lord has an everlasting love and affection for each of his children and desires to see our ultimate healing.

Elizabeth: The story in Mark 5 nudged me into a deeper study of what Scripture says about physical suffering. It has encouraged me, as I’ve reflected on the fellowship of suffering we share with other believers. It has convicted me, as I’ve come to understand the courage and faith expressed in the woman’s actions. And it has comforted me, to see how willingly and completely Christ healed her – and to know that I will someday experience that full healing for myself, at least in heaven!